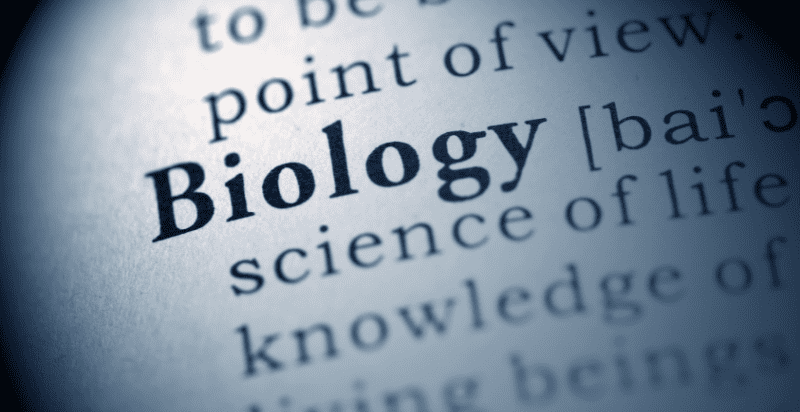 Biology jokes are quite fun, silly and diverse since biologists study life and that includes so many topics.

Some people might not be interested in science or biology, but they can still enjoy these jokes because they are funny and relatable.

Biology jokes are a great way to have a good laugh and learn something new at the same time. Here are some of our favorite biology jokes, suitable for all ages!

One Liner and Short Biology Jokes

These are the funniest one liner jokes – enjoy!

Why did the biologist break up with the chemist?

They had no chemistry!

What Is Blood’s Message to the World?
B Positive

What did the Femur say to the Patella?
I kneed you

Which Biochemicals Wash Up on Beaches?
Nucleotides

What do You Call a Member of the Financial Staff of the Faculty of Biology?
A buy-ologist

Why are Men Sexier than Women?

You can’t spell sexy without a ‘xy’

What Do You Call a Microbiologist Who Has Visited 30 Different Countries and Speaks 6 Languages?

A man of many cultures

Is There a Big Difference Between Male and Female Anatomy?

What Did One Cell Say to His Sister Cell When She Stepped on His Toe?

How did the herpetologist know he would be married soon?

He caught the garter snake

How Does Juliet Maintain a Constant Body Temperature?

Why Didn’t the Dendrochronologist Ever Get Married?

Because he only dated trees

Want to hear a potassium joke?

What did the biologist wear on his first date with the pretty girl?

What did the conservative biologist say?

“The only cleavage I want to see is at the cellular level.”

What do you call a fish with no eyes?

Why are all the viruses gone?

What’s the tiniest virus in the world?

I was reading a book on helium…

I couldn’t put it down

Why did the woman break up with the biologist?

These are longer jokes that are quite funny.

Two biologists studying caribou in Alaska’s back country got a pilot to fly them into the far north to collect some specimens. They were quite successful in their venture and had six big carcasses to take back to their lab. The pilot came back, as arranged, to pick them up. They started loading their gear into the plane, including the six caribou. But the pilot objected and told them,”Those caribou carcasses are too heavy, the plane can only take four of them – you will have to leave two behind.”

They argued with the pilot, letting him know that the year before, they had also collected six caribou and that pilot had allowed them to put all six animals aboard. This plane was the exact same model and capacity. Reluctantly, the pilot finally permitted them to put all six aboard. But when they attempted to take off and leave the valley, the little plane could not carry the load and they crashed into the wilderness.

Climbing out of the wreckage, one biologist said to the other, “Do you know where we are?”

“I think so,” replied the other biologist. I think this is about the same place where we crashed last year!”

There was once a cloner named Hector, who had problems in his private sector, his wife was depressed,’cos his genes weren’t experessed, for lack of a functioning vector!

In neurobiology lecture today, the professor mentioned that much of the data we were seeing was culled from studies of leeches. He said, “Now, a lot of you may think leeches are nasty creatures. The people working with these creatures are quite fond of them, however. It is also reported that the leeches often become attached to the researchers.”

Two biologists are in the field following the tracks of a radio-collared grizzly bear. All of a sudden, the bear crashes out of the brush and heads right for them. They scramble up the nearest tree, but the bear starts climbing up the tree after them. The first biologist starts taking off his heavy leather hiking boots and pulls a pair of sleek running shoes from his back-pack.

The second biologist gives him a puzzled look and says, “What in the world are you doing?”

He replies, “I figure when the bear gets close to us, we’ll jump down and make a run for it.”
The second guy says, “Are you crazy? We both know you can’t outrun a full-grown grizzly bear.”