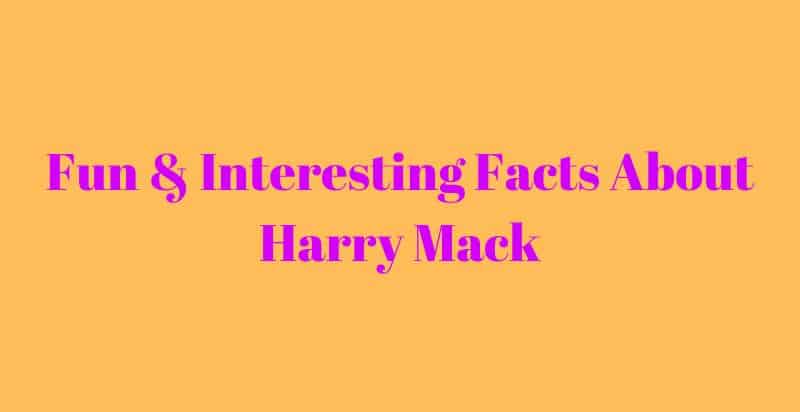 Harry Mack has been transforming the way we’ve been seeing improvisation and comedy. He is a USA-based comedian and rapper who never ceases to impress the audience with his cleverly delivered improv rap songs that are both rhythmic and hilarious!

For example, in one of his improvisation shows, he had everyone laughing with tears rolling down their cheeks with his “POV of a baby learning to walk” rap song. While not everybody’s piece of cake, Harry Mack makes comedy-infused rap songs seem effortless.

The multi-talented entertainer draws audience attention and has them gasping for air as he makes them laugh while combining bizarre words together – words that we never thought could appear in a single sentence – to form an intriguing rap song. So, if you think grandma and basketball could never work together in a single sentence, wait till you hear this comedian drop some bars right in front of you.

If you’re here to learn more about this up-and-coming improvisation/rap/comedy king before booking one of his shows or following him on social media, Jokes n Jokes is here to deliver exactly that to you. Keep reading to learn all the exciting facts about Mack!

Fun & Interesting Facts about Harry Mack – A Comedian and a Rapper

The following are some fun and interesting facts about Harry Mack, an up-and-coming comedian, and rapper:

1. Harry Mack’s Career Took Off in 2017 with “Venice Beach Freestyle”

Harry Mack is not your everyday, conventional comedian/rapper who only makes people laugh when he’s on a stage or holding a mic.

His career took off in 2017 when his “Venice Beach Freestyle” video started going viral on social media. It is evident from the video that this guy knows how to turn heads and stop a crowd, all just to get a few laughs and smiles.

2. He’s Had the Opportunity to Perform Alongside Kendrick Lamar

Whether you’re in the comedy gig, the rap game, or an accountant, for that matter, meeting Kendrick Lamar face to face surely means you’ve made it as an entertainer.

Is that cool, or is that cool? We still can’t decide.

His fame and popularity on social media and through live performances have not only awarded him opportunities alongside Kendrick but have also propelled him to perform in front of another rapper who goes by the name Joey Bada$$.

4. He Has Appeared on The Ellen Show

Ellen DeGeneres is a comedy icon, to say the least, and Mack’s talent has landed him a spot on The Ellen Show not once but thrice! The second time he made an appearance on the show, he had to join in via a Zoom call because of the COVID-19 pandemic. However, in January 2022, he got his third chance, and this time he met Ellen in person.

During the show, Mack was asked to create a freestyle rap from some of Ellen’s pictures on the screen. Based on the audience’s laughter and applause, we’d say he more than killed it!

Mack once promised his fans that he would freestyle for five straight hours live on his YouTube channel if he received 500 thousand subscribers. One thing led to another, and he ended up with a million subscribers on YouTube.

Learn about Harry Mack the Comedian Who Raps

6. He Has Performed for Complex Music and RedBull Music

We’ve already established that Harry Mack is amongst the few lucky up-and-coming entertainers who have been getting exposure through various platforms since their first viral videos on YouTube.

While other viral artists find it hard to keep up with their fans’ expectations and keep their fame alive, Mack has had no problems doing that. Two of his career highlights were when the rapper/comedian performed for Complex Music and later for RedBull music.

7. He Has Self-Produced the Guerrilla Bars Series and Omegle Bars Series

As we mentioned earlier, Mack takes his freestyle career with him everywhere he goes, even if that means performing without a mic or a stage.

8. He Has Established a Loyal Fan Base on Social Media Platforms

He has amassed millions of fans on various social media platforms, where he posts videos, pictures, and updates related to his upcoming shows and appearances. If you want to connect with him on social media, we’ve left links to his channels at the end of this blog.

Nimesh Patel – Learn about his laid back clean comedy style

Want to watch one of Mack’s Omegle Bars Friday videos? Grab your favorite snack, kick back, and enjoy the irresistible magic of off-the-top freestyling for strangers on the internet.

There’s something about seeing people go from confused to entertained and delighted that just never gets old. If your face hurts by the end of the video, it’s most likely due to holding a smile for longer than usual! Watch the video now:

How old is Harry Mack?

Harry Mack was born on 18 February 1990 in Portland, Oregon, in the United States of America.

When did Harry Mack become famous?

Where does Harry Mack live?

As of 2022, Harry Mack lives in Los Angeles, California, in the United States of America.

Where can I get updates about Harry Mack’s upcoming shows?

You can get updates regarding Harry Mack’s upcoming shows and events on harrymackofficial.com, which is his official website.

Harry Mack has forever changed the meaning of comedy for us with his bizarre combination of comedy punch lines and freestyle rap. He has also changed the definition of being an entertainer as he reaches out to different sets of audiences instead of forcing them to attend one of his shows.

If you’ve enjoyed reading about this performer, entertainer, and artist, you can follow him on his social media channels on YouTube, Twitter, Facebook, and Instagram. If you want to learn about other up-and-coming comedians from around the world, be sure to check out the Related Articles below.

Everything to Know About Kiran Deol