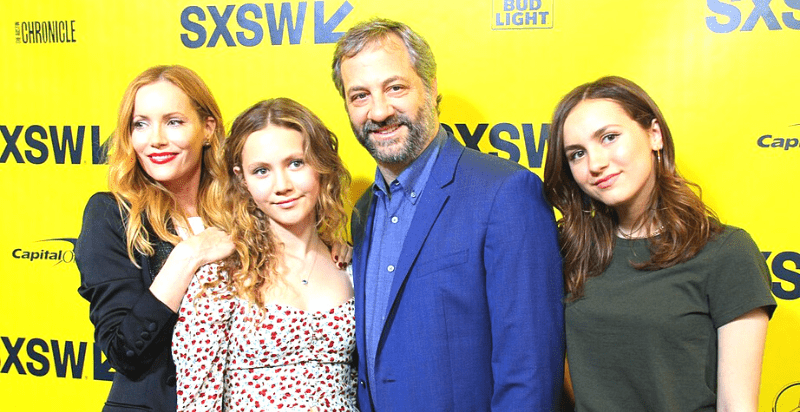 Since you are on JokesnJokes.net we know that you LOVE Comedy!

Do you want to learn how to make people laugh?

Judd Apatow is a comedy genius and he will teach you the art of making someone laugh.

Today we have a great option for you – Judd Apatow’s Learn Comedy Masterclass!

This course will help you to write, perform, produce, edit and even direct comedy! Apatow goes into a lot of detail about the comedy industry, filmmaking and working on television.

This course is best for aspiring comedy writers looking to begin or improve.

And important to note that his MasterClass specifically covers how to write jokes for a stand up comedy routine!

Who Is Judd Apatow?

During his career, Apatow has received nominations for 11 Primetime Emmy Awards including 2 wins.

As Judd likes to say, this is a part comedy lecture and part Tony Robbins inspirational life coaching.

He starts out by sharing stories and lessons from a lifetime in comedy, including how he started washing dishes and went on to make some of the funniest movies in Hollywood.

In this MasterClass, you will learn about Judd’s theories of writing excellent stand-up comedy and why the personal touch makes everything funny.

You’ll also learn how to find, develop, and refine gut-busting stand-up material based on your own experiences.

How to actually perform stand-up comedy, how to stop your inexperience from pulling you down, and how to infuse heart into humor, are some of the basics that Judd focuses on.

So you get a total of 32 videos where he will talk about the writing process, the structuring of films, placing of the dialogues, techniques to write for television, succeeding in show-business, and a variety of the essential stuff that is pivotal in any comedian’s life.

You also get a 56-page pdf and numerous other class resources attached to this masterclass which comprises Judd’s personal scripts, drafts, and outlines that he used in his career

What You Will Learn in Judd Apatow’s Masterclass

Judd Apatow is an American writer, actor, producer, and comedian. He’s made a name for himself in Hollywood by directing award-winning comedy movies. These include Knocked Up and The 40-Year-Old Virgin.

In Judd Apatow’s MasterClass, you learn how to improve your comedy from the man himself.

He teaches you the basics of writing and directing comedy, and even how to perform stand-up.

With 32 lessons to explore, Judd Apatow’s MasterClass covers 6 hours and 33 minutes. Each video lesson is roughly between 15 and 20 minutes long.

You Will Learn How To:

Additional Resources – Along with the MasterClass video lessons, there are also the following resources:

How much does Judd Apatow’s MasterClass cost?

If you want to take Judd Apatow’s MasterClass, you have three options to choose from:

Important Note: This price is for access to ALL of the MasterClasses. There are over 150 courses and this is just one of them, so the prices is about $1 per class.  You will also have access to courses by some other comedy gurus like Steve Martin, Ron Howard, and David Sedaris.

Also, remember that each MasterClass is someone’s lifetime of work distilled into an easy to watch and understand video course. And because there are over 150 courses, its easy to find many that you will enjoy!

In his MasterClass, award-winning director, writer, producer, and comedian Judd Apatow teaches his process for creating great comedy.  Judd is one of the most successful, influential, and respected comedic minds of our time.
He has built an empire of “funny” as a writer, director, producer, and stand-up act. From Bridesmaids to Knocked Up to Freaks and Geeks, his work has been nominated for numerous awards and set box office records. In addition to his signature brand of comedy, which marries gut-busting raunchiness with relatable characters and heartfelt emotion, he is known for his uncanny ability to identify up-and-coming talent.
At his core, Judd is a champion of the underdog and this is reflected in his work, as well as in his activism and philanthropy.
In his online comedy class, Judd teaches you how to
Gene Pompa – A Comedian Who Can Do Much More Than Just Comedy

MasterClass is the streaming platform where anyone can learn from the world’s best. With an annual membership, subscribers get unlimited access to instructors and classes across a wide range of subjects.

Each class features about 20 video lessons, at an average of 10 minutes per lesson. You can learn on your own terms — in bite-sized pieces or binge it all at once.

Cinematic visuals and close-up, hands-on demonstrations make you feel one-on-one with the instructors, while the downloadable workbooks help reinforce your learning. With MasterClass, you can stream thousands of lessons anywhere, anytime, on mobile, desktop and TV.

Affiliate disclaimer: Any links above may be affiliate links and our diet may earn an affiliate commission.