Who is Anica Cihla? 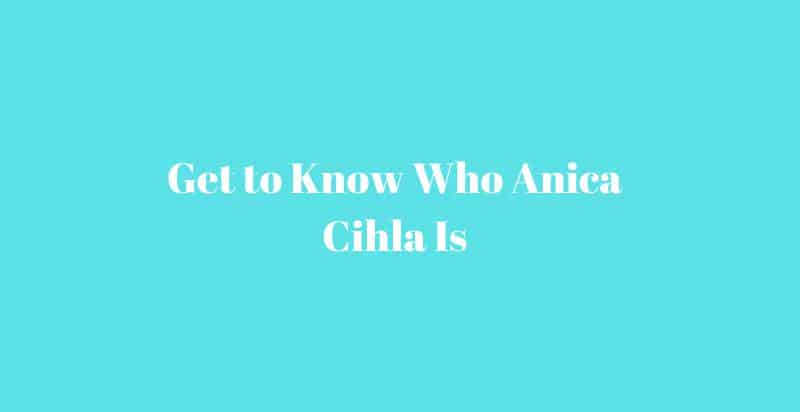 The world of standup comedy is full of people from diverse backgrounds. These people share their perspective of the world we live in, which sometimes riles audiences; in other cases, it makes them laugh. One of these faces that emerged in 2018 was Anica Cihla.

Anica is a witty standup comedian who does not hold back when it comes to sharing their opinions about controversial topics. Their popular opinions started gaining traction on their Twitter account, and they soon started to gain a following. If you want to know more about them, keep reading!

When Anica started taking standup comedy seriously, they rose through the Bay Area comedy scene ranks. Anica quickly gained a following for its ability to blend self-deprecating humor with observational comedy. Most of their bits are about their personal experiences.

As Anica started gaining popularity in the Bay Area comedy scene, they did what every comedian does – participate in comedy competitions for better exposure! Like other famous comedians, who went up the ranks and made a brand around their name, Anica participated in the 36th Annual Seattle Comedy Competition and the CROM Comedy Festival in Denver, Colorado.

Interestingly enough, they were also a quarter-finalist in the She-Devil Comedy competition in New York.

3. They Worked Alongside Maria Bamford!

During the 2016 Jane Comedy Festival in Portland, Anica got the chance to work with Jackie Kashian and Maria Bamford. Maria has had a career path that is a lot like Anica’s. They now have a popular show on Netflix called Lady Dynamite, which is critically acclaimed.

5. Anica Has a Bachelor’s Degree in Linguistics

This may explain their knack for creating hilarious jokes. From 2008 till 2012, Anica attended Lawrence University to obtain a degree in Linguistics. They took their college education seriously because they graduated with a GPA of 3.5!

6. Interacting With the Masses Was  Her First Job

Even before they graduated from college, they got their first job at Zynga, a popular company that creates social games. However, the interesting bit is that they were already representing one of Zynga’s biggest brands, called Words with Friends.

In their first job. Anica had to host a live stream event every week, where they asked trivia questions to an average audience of 250,000 people. They were also responsible for checking the messages people were sending on chat.

7. Anica Was Also a Producer at Reel Comedy

However, Anica’s most noticeable experience with comedy came in November 2018, when they joined Reel Comedy and Challenge Accepted as a show producer. They were responsible for creating showcases of comedy that were later published in several online and print publications.

They were also responsible for marketing these showcases on Twitter, emails, Instagram, and Facebook. This resulted in sold-out shows. Anica also collaborated with venue owners to ensure that booking choices were made for every show.

8. Anica Has Now Left the Spotlight

Anica is now focusing on a corporate career more than a career in standup comedy. While they did get famous and perform well in 2018 when they started, Anica still took their job seriously.

As their corporate life got busier, Anica slowly backed away from the spotlight. They are a community manager and writer at Amazon, where they directly manage Amazon’s YouTube community and collaborate for major announcements, various events, and releases.

They also edit and write short-form content released every week on Amazon’s channel.

9. Anica Participated In a Beauty Contest, Too!

Anica participated in a beauty contest hosted by Dave Navarro, and Anica placed third in their region.

According to Anica, they started their career in comedy at the back of a Thai restaurant in Seattle. They had a small audience full of people from different nationalities. That is also why they’ve nailed the multicultural aspect of their comedy bits. Anica started incorporating pop culture references in their routine to please the larger audience.

Anica’s comedy bits also include their love for different languages and their favorite TV show, Game of Thrones. The different cities they have performed in include the following:

We’d like to describe Anica’s comedic style as something full of personal, well-constructed bait-and-switch jokes.

From their tweets and comedy bits, it seems that Anica is one part video gamer as well. They may also know a lot because of their experience at IGN Entertainment as a Walkthrough Writer. In this role, they were responsible for creating holistic guides for video games in which they had to include all kinds of information about the boss and the main player.

Do you want to see a bit Anica? Watch the video below. It is an open mic session that features several comics. Anica starts performing at the 11th minute.

An Open Mic at the End of the Universe

So there you have it! It is a comprehensive, hard-to-find, and information-filled article about Anica Cihla, who seemingly left the spotlight despite considerable success.

Just like you, we hope they start taking standup comedy seriously and take their deserving spot in the limelight to entertain all of us again. If you want to know more about comedians like Anica, watch this space! We have more articles like these coming out soon.

Other up and coming comedians you may want to read about:

Get to Know Kelsie Huff