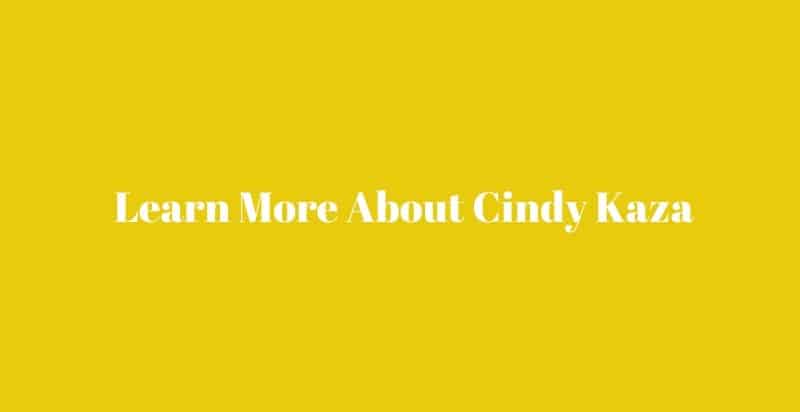 Known to bring her audience to tears of laughter – Cindy Kaza is quite a popular Psychic Medium who often performs at comedy clubs. She has appeared in two reality TV shows; one is named “Portals to Hell” and the one named “The Holzer Files.” Both of these popular shows aired in the year 2019.

She is a multi-talented person with a unique style.

Cindy Kaza is known to be an evidential medium. She is proficient at providing evidence for her communication with the spirit.

She does that by presenting some sort of unique thing that is only known by two people – the client and the spirit. Also, it can be in the form of the physical attributes of the person or the way that they died. In some mediums, the level of thoroughness becomes so advanced that it gives a detailed description of the pets of the deceased.

The Awakening Of Cindy Kaza – The Psychic

As she discovered herself, he began to slowly realize her true potential. What she had been ignoring as a dream was actually a state of connection with the spirits. With the awakening of her talent, she began to hunt for answers to her questions and wanted to know the reason for the experiences that she had. She slowly discovered that she possessed the abilities of a psychic.

She even got enrolled to polish up her talent. She studied in England at the Arthur Findlay School of Intuitive Sciences in Stansted, England, and also trained in the United States of America.

Her Gift Of Being A Psychic

Cindy Kaza was in her early childhood when she experienced a spirit for the first time.  It was a friend of hers that had recently passed away. The friend had an unfortunate incident and had passed away in an accident. She saw him at night when he was standing near her bed.  She shrugged it off as a dream and slept again. She discovered this when she was ten years old, and it took her around ten years more to fully understand it. At the age of 20, she started to realize that these were physic medium revelations.

She Has Several Abilities As A Psychic

When it comes to psychic mediums, it is seen that people usually focus on one type of ability. In Cindy Kaza’s case, she has many different sorts of abilities that set her apart from everyone. She has an immense grip on being a clairaudient, clairsentient, and clairvoyant. She has a knack for mesmerizing the audience with her talent and never fails to amaze the people.

While many physic readings can be swept under the rug with the tag of coincidence stapled on them, the evidence that Cindy Kaza gives along with her readings leave no room for any sort of distrust.

She even goes head-on and describes the most commonly used phrases by the spirits.

If you feel like contacting her, you can go through her website and send her a message. The website is pretty user-friendly and if you want to get a reading done, you can fill in the contact form easily. Along with her tours, and her TV shows, she manages time for this too – although her waiting list is pretty long due to the high influx of her clients. Get a spot on her waiting list so that you can get a chance to get the reading done by Cindy Kaza.

She Has Positive Reviews All Over

Whenever she goes on a tour, she is widely appreciated for it. People are always up for a positive review when it comes to Cindy Kaza. She is widely popular as the real deal and people trust her endlessly. However, some people do have a problem with the comedians who usually take the stage before her – and they are termed as foul-mouthed by many people. Many people even suggest dropping the comedians who come before her.

Harry Mack – Up and Coming Comedian

Cindy Kaza can be seen in “The Holzer Files” and has also made some appearances as a guest in the series “Portals to Hell” and “Lost in the Wild”.

The Holzer Files was a show that revolved around the ghost hunters that were linked with the documented cases of Hans Holzer. It aired on Thursday on the Travel Channel.

Evidential Medium Cindy Kaza is back again with Captain Brien! This time they discuss a current trending story about fake and fraudulent mediums!

Yes, Cindy Kaza is married. The name of her husband is Rich Redmond.

When And Where Was Cindy Kaza Born?

Yes, she has her profile on Twitter. You can follow it if you wish to see her regular updates.

Moreover, if you want to follow Cindy Kaza on social media, you can do so on Instagram, Facebook, and Twitter, where she posts regular updates about her life, the shows, etc. You can also visit her website and schedule a reading if you wish to. Get connected with the people you want – with the help of Cindy Kaza, a truly rare Psychic medium.