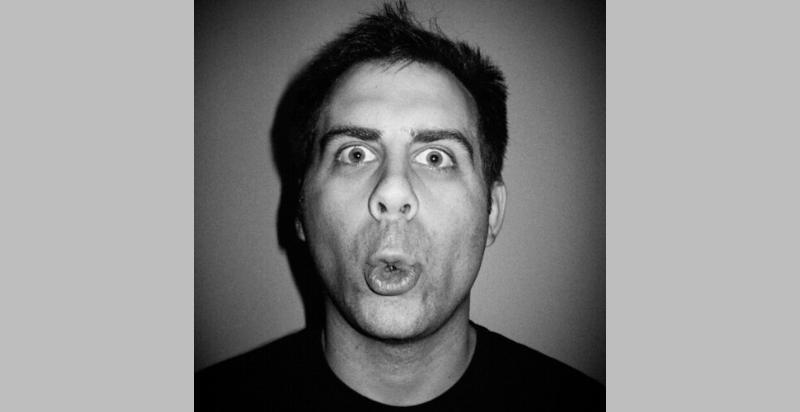 Jake Weisman is a talented comedian who has done stand-up shows on well-known platforms. He has also co-created, written for, and starred in Comedy Central’s popular show Corporate. The show is based around two junior executives-in-training and how they are exploited by the higher-ups in an evil corporation.

He has also contributed to notable series like The Eric Andre Show and Upload with Shaquille O’Neal. Weisman is not only known for his work on Comedy Central but also for his sketch group called WOMEN, which is an all-male comedy group. The sketch group has garnered a great fan following and has been named #1 for LA Weekly’s top comedy acts to watch in 2014. In addition to that, Weisman was also named as the third stand-up comic to watch by Splitsider in 2014. If you would like to learn more about the talented comedian, then keep on reading this article.

1. Weisman had a huge role in the making of the satirical show Corporate

Weisman has had a great hand in the making of the show Corporate. Jake Weisman and Matt Ingebretsen pitched the show “Corporate” to Comedy Central, which was to show corporate office life through the lens of reality. The show is a dark take on the reality of multinational corporations and features Weisman as the co-lead Jake along with Matt Ingebretsen’s character, Matt. Jake, Weisman’s character, is a failed artist who has given up on being a punk rock artist and has joined the corporate world to “buy in” to the capitalist mindset.

Jake is a comedian who likes using his real-life experiences in his comedy. In the show Corporate, Weisman’s character has spinal fusion surgery which he actually had in real life. In an interview, Weisman shared that his friends and ex-partners, who he thought would help him in this difficult time, only exploited him for his pain medication.

Aside from that, he interviewed employees from corporate organizations such as Google and Amazon to look for a real way to portray what it is like to work in a corporate environment.

3. Weisman likes to use conflict and hypocrisy to write good comedy

Weisman believes a great way to write good comedy is through the lens of reality and satire. Talking about dark humor in an interview, Weisman talks about how death is a fact of life, and instead of using escapism as a form of comedy, we can use reality to create a much funnier narrative. Weisman also believes that everyone is a hypocrite and the conflict between our beliefs and our actions and everyone’s different interpretations of them is what makes for good comedy. He talks about this in relation to an episode in Corporate; he says that whenever a negative event takes place, social media users feel a conflict within themselves to stand up against it or stay silent because the victims will not benefit from their sympathy in any way.

Related: The Most Ghoulish Jokes about Death and Dying

4. Weisman was a part of the comedy group WOMEN

Weisman was part of the comedy group WOMEN. WOMEN was an all-male comedy sketch group that used to make funny sketches on YouTube. They used basic comedy to set up the premise for the joke but then surprised the audience with a dark punchline. The group consisted of four hilarious stand-up comics, including Jake Weisman, Dave Ross, Pat Bishop, and Allen Strickland Williams. They made a funny sketch about a boys’ trip and The Hangover movies. You can still find their videos online on YouTube here.

5. Weisman got into an argument with The Catholic League for his jokes

For an episode of Corporate that features a nun, the Catholic League was enraged at the show’s depiction and portrayal. The Catholic League was extremely offended by some of the jokes made in the show and issued a formal statement released by Bill Donohue, the organization’s president. In response to the statement, Weisman tweeted a joke about the exaggerations in the statement and poked fun at it. The Catholic League took his words at face value and addressed the head of Viacom, the company that heads the show Corporate, directly about Weisman’s remarks. Weisman poked fun at his statement again, after which the issue remained unresolved.

6. Weisman uses humor to cope with feelings of depression

Weisman has admitted to having feelings of depression and suicidal thoughts in an interview. He explored the subject matter deeply in an episode of the show Corporate, where his character is chased by a black dog, which is an expression that is used for depression. While promoting the show’s second season, Weisman realized that he needed to be more proactive about his own self-care and decided to seek professional help. Weisman admitted that the show helped him take a deeper look into his own life and allowed him to understand that he needed to bring a change in his life.

He also said he was lucky since the first medication he tried offered him good results and confessed that it helped him take a great deal of stress and depression off his mind. He began to enjoy his life more and find peace after seeking help. Weisman believes that humor is a great outlet for him to deal with his own feelings of depression and a great way for him to express his thoughts without feeling judged.

7. Weisman enjoys collaborating with Ingebretsen as a comedic writer

Weisman collaborated with co-star and co-creator Matt Ingebretsen of the show Corporate for its writing. The two writers are good friends and find that they work great together creatively. Ingebretsen was also Weisman’s roommate before he began to take medication for depression. He said that Ingebretsen was supportive but often did not understand how to help him with his feelings.

8. Weisman has done stand-up comedy for a decade

Before working on the popular show Corporate, Weisman used to be a stand-up comic. He did stand up for almost ten years and has done amazing sets on the Laugh Factory, the Hollywood Improv, and more. His older comedy focuses on dark subjects as well, like abortion, depression, and suicide. He is a talented comedian who has been working hard and finally got a chance to show his talents through a mainstream platform with the show Corporate.

9. Weisman once had to wrestle a drunk man during his comedy set

Weisman had to deal with a drunk man who wanted to talk to him during his set. In a video that went viral, Jake Weisman was performing at the Hell Yes Fest in New Orleans when he was interrupted by a drunk man with uninteresting and disruptive comments during his delivery of jokes. Rather than ignore the drunk man and continue powering through his routine, Weisman tried to talk to the man who wanted just to seek attention. The man was obnoxious and even began to wrestle the comedian at some point. While the drunk guy was being physically assaultive, a bag of heroin fell from his pocket, to which Weisman convinced him that he was going to jail. The drunk man eventually left Weisman alone after that.

Jake is a star who prefers to keep his private life offline. He does not use Instagram, Twitter, TikTok, or any other social media platform. Dave Ross, a fellow comedian, shared a post on his Instagram page that featured a postcard by Weisman with good wishes for him. Ross admitted that even though the comedian is off the internet, he still mails him tweets.

Which TV shows has Jake Weisman worked on?

Jake has worked on a number of shows. He has worked on Corporate as a writer and actor, The Eric Andre Show as a writer, and This Fool. He has also worked as an extra in several shows like That’s How I Lost the Last One, Teachers, 52 Ways to Break Up, and My Super Overactive Imagination.

When was Jake Weisman born?

Jake was born on June 18th, 1983. Weisman moved to Los Angeles to become a comedian. Weisman has a sister in his family.

Matt Ingebretsen & Jake Weisman, the creators and stars of ‘Corporate,’ are starting to get recognized in public.

Jake Weisman is the writer, co-creator, and actor for Comedy Central’s popular show Corporate. He is also a stand-up comedian and has been named one of the USA’s best upcoming comedians. Weisman is a part of the amazing WOMEN comedy group, which is an all-male comedy group. The sketch group gained popularity and a good fan-following and has been named as LA Weekly’s top comedy acts to watch previously. Weisman is a comedian who loves dark humor and finds comedic instances from life’s dark reality. The comedian is not available on social media platforms, but you can watch his show Corporate on Comedy Central.