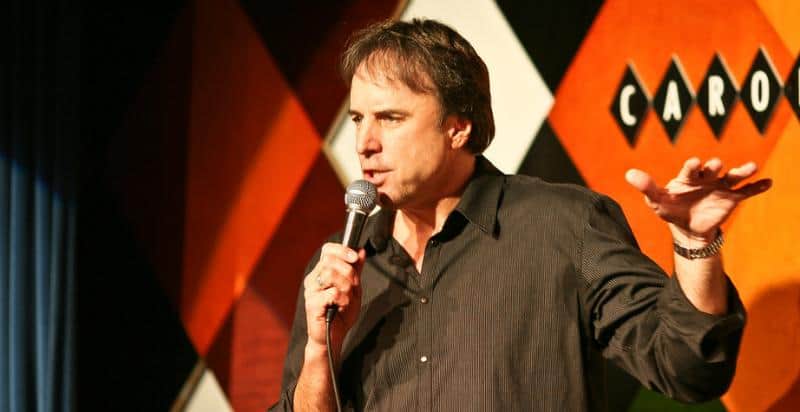 Kevin Nealon is one of the most famous actors and stand-up comedians in SNL history. Nealon was born on the 18th of November 1953 and was among the five children of the Nealon family. Nealon lived in West Germany for a few years since his father had been posted there for work.

As a child, he learned to speak German, which he says helped him understand some of the nuances of the Beatles’ songs in the 1960s. Nevertheless, Nealon is of Irish descent and was raised as a Catholic. Although he held a bachelor’s degree in marketing, he did not want to pursue business but opted for a music career.

When he moved to Los Angeles, he learned how to do stand-up while practicing on classic comedy club stages like the Improv and went on to try comedy at The Tonight Show Starring Johnny Carson in his first television debut. He was a regular comedian there and appeared on the Late Night with David Letterman show. Later in a few years, Saturday Night Live recruited Kevin Nealon’s friend, who referred Nealon, making him a cast member starting in 1986. Kevin Nealon performed for years and became widely known to American audiences on SNL for his comedic sketches.

Although it has been years since Nealon left SNL, his performances and dedication to the craft are still commended. He still performs at popular comedy clubs to this day, and audiences always love his fresh perspective on things and refreshing style of comedy. To help you learn more about this famous American comedian, we have compiled a few funny and informative facts about the hilarious Kevin Nealon.

Here Are Some of the Best Facts about Kevin Nealon

Kevin Nealon started his career in comedy by doing stand-up at the Improv. Aside from tending to the bar at the club, he also performed his new comedic routines at the Improv, which eventually got him noticed to be put on a national television show, The Tonight Show Starring Johnny Carson. He has also performed at famous comedy clubs like the Laugh Factory, San Jose Improv, Tempe Improv Comedy Theater, The Music Hall, Irvine Improv, and more.

Not only has Kevin been making waves in the local stand-up scene, but he has been a popular comedic guest on talk shows and late-night TV shows. He has performed live comedy on The Tonight Show Starring Jimmy Fallon, and made appearances on Conan O’Brien’s show. 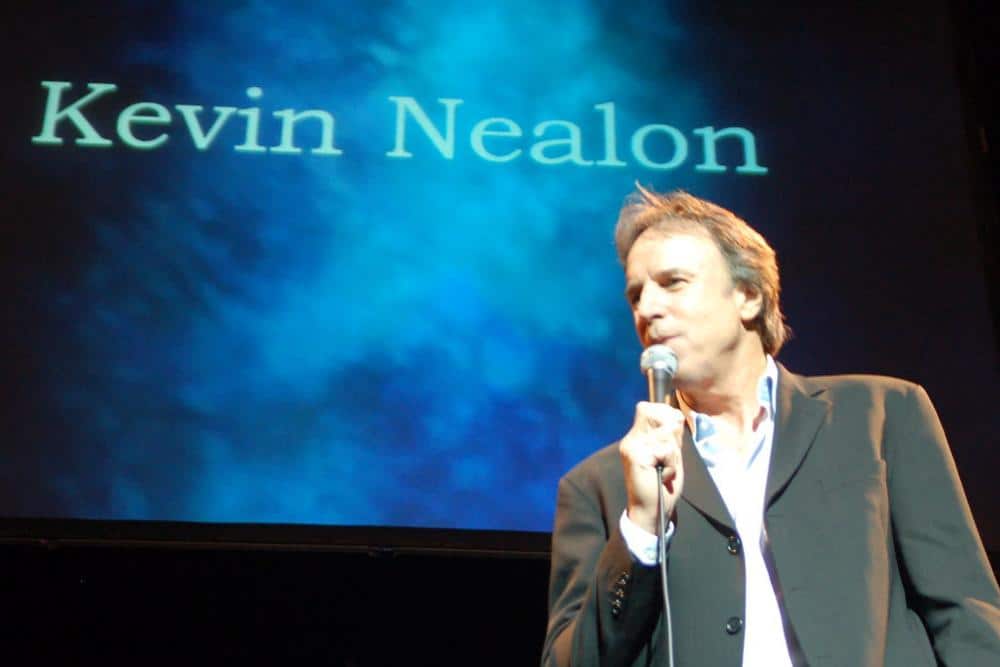 2. Kevin Nealon was a performer at the Saturday Night Live

These days, Kevin Nealon may be a stand-up comedian, but he used to be a popular comedic performer on the Saturday Night Live show. He was a cast member starting from 1986 until he retired from the show in 1995.

Kevin was recruited on the show alongside his friend, Dana Carvey, in 1986, and they began performing on the show together, with Nealon being promoted to a permanent cast member in the 1987-1988 season.

Kevin Nealon played a variety of characters during his time on SNL. Some of his most famous ones include Franz (alongside Carvey), Mr. Subliminal, P.I.P.I., Bob Waltman, and Frank Gannon. He was an audience favorite, and soon, from 1991 to 1994, he was promoted to the anchor of the Weekend Update.

He completed another season after finishing hosting Weekend Update and made a record of being in SNL for nine years. He left the show in 1995 and went on to pursue acting roles in movies and films. 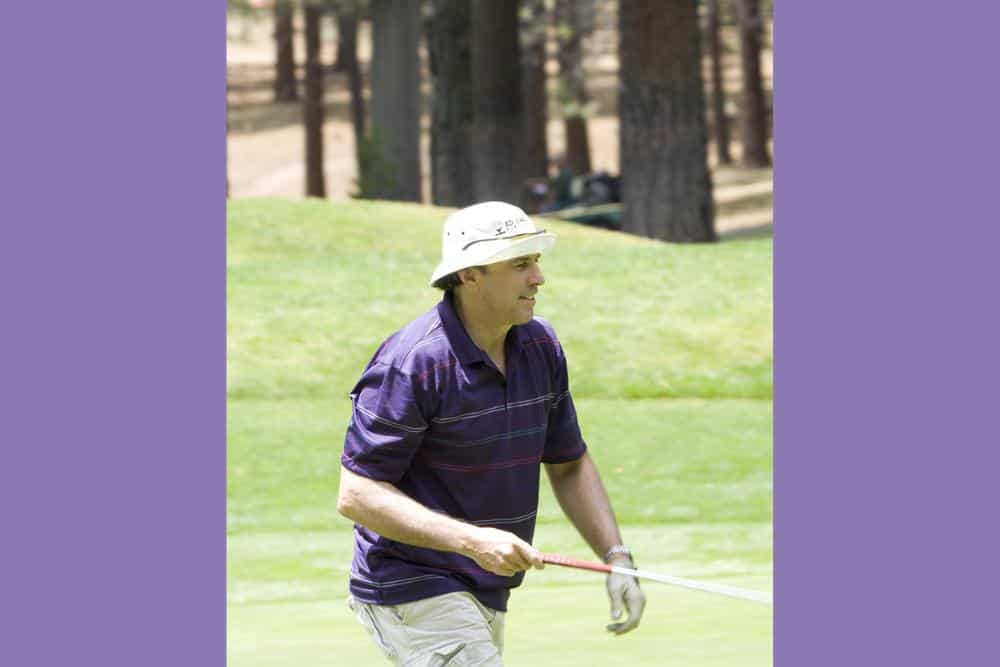 3. Kevin Nealon has a comedic hiking show with celebrities

Kevin Nealon is a fan of hosting shows and has a great reputation as an easy-to-go guy in the comedy circle. He is one of the friendliest American comedians, and fans love interacting with him. Therefore, when he announced a show on his YouTube channel that would have him and some well-known celebrities go on an adventurous hike, everyone was excited.

The show is called ‘Hiking with Kevin’ and is based on making unfit celebrities (although not necessarily) go on a challenging hike as Kevin interviews them and asks their opinion on different matters. Some of the hilarious guests that have been on the show are Jack Black, Conan O’Brien, David Spade, Adam Sandler, Theo Von, Marie Osmond, Susan Yeagley, Kim Bassinger, and many more.

4. Kevin Nealon is a talented caricaturist

Kevin Nealon is a highly talented caricaturist, and many people believe that if he hadn’t been a famous comedian, he would have been a great artist. He often posts different caricatures of famous people and his friends on Instagram.

When Kevin Nealon was asked how he could do such amazing caricatures, he said that he had taken online Skype classes in a ten-class course for drawing and panting caricatures during the COVID-19 lockdown.

Kevin Nealon is not only a famous comedian but has been a popular comedic actor as well. He starred in All I Want for Christmas as Tony Boer in 1991, and has also been an actor in The Wedding Singer, Anger Management, Good Boy!, Daddy Day Care, Just Go with It, Little Nicky, and Aliens in the Attic. Kevin Nealon has also been a part of many of Adam Sandler’s movies, including You Don’t Mess with Zohan, Father of the Year, and Grandma’s Boy. He has also worked in ‘Weeds’ and ‘Last Man Standing’. 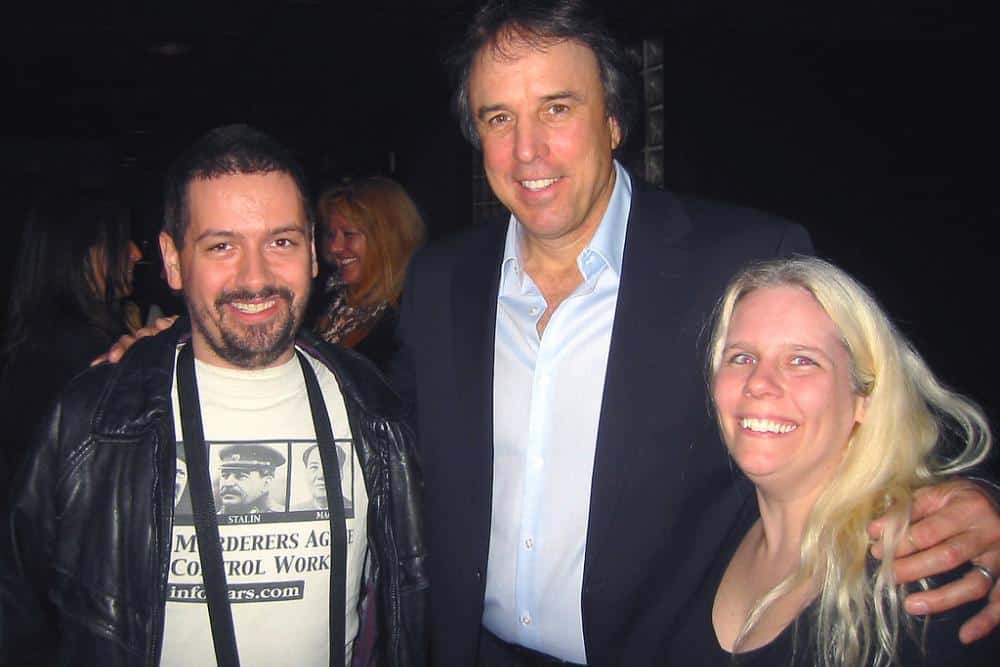 6. Kevin Nealon doesn’t like to push the envelope with his comedy

Kevin Nealon shared that he had never done risky comedy before in an interview about how his son keeps him updated on the currently politically correct terms. He shared that he never wanted to risk offending or insulting someone, saying that he didn’t want to be one of the edgy comedians who say whatever is on their minds and get into trouble.

He prides himself on keeping his act appropriate for all. His characters, such as Mr. Subliminal, politically incorrect private investigator Frank Gannon, and the weightlifting Franz, were hilarious and made for much better comedy than most edgy comedians today.

Conan sits down with one of his all-time favorite talk show guests, Kevin Nealon, to talk about his new hobbies, the burglar who stole Garry Shandling’s ashes from him, and his long history with Conan’s show.

Kevin Nealon is one of the most famous American comedians. He rose to popularity when he began to work on The Tonight Show Starring Johnny Carson and the Late Night with David Letterman. His popularity and audience’s love for his comedy grew when Nealon started working on Saturday Night Live. He played multiple characters on SNL and stayed there till 1995. Kevin Nealon is also a talented actor; therefore, he was easily cast for roles in Adam Sandler movies and Weeds and Last Man Standing. Aside from doing stand-up, Kevin Nealon enjoys painting caricatures of famous personalities and posting them on his Instagram account.

If you would like to learn more about famous and up-and-coming comedians, click on the following links.