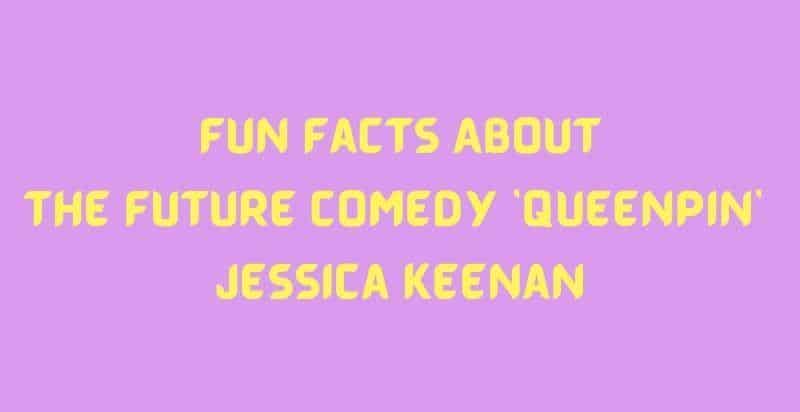 Jessica Keenan is one of the most original standup comedians who has been taking to the stage and entertaining audiences with her perfectly timed punch lines and humorous take on real-life situations. The comedian has an excellent grip on what it takes to become one of the freshest faces of comedy in Los Angeles.

It doesn’t take long for Keenan to turn first-time attendees of her show into long-term loyal fans with her approachable demeanor and relatable jokes. She is known for taking her ongoing circumstances, adding a humorous spin to them, and delivering them as though the audience members are her friends and family.

Jessica also doesn’t shy away from one-on-one interactions with audience members, making them feel like an integral part of her skits. For these reasons, whoever attends her standup comedy show finds her relatable, familiar, and super hilarious!

If you want to know more about this artist and why she is one of the best up-and-comedians in Los Angeles, keep reading.

The Lebanese/Mexican comedian was born in Las Vegas, Nevada, and now lives in Los Angeles, California, where she has been performing as a standup comedian and living with her husband and children. The following are some fun facts about Jessica Keenan that you must know before attending one of her shows:

1. Jessica Keenan has been a comic since she was young

While most comedians only get the hang of comedy as they grow up or consider standup comedy as their professional career, this was not the case for Keenan. She has had a knack for comedy since a very young age. Growing up in Las Vegas, Nevada, Keenan made a name amongst her family and friends as a jokester with all the right tools, skills, and knowledge to become a professional comedian. After receiving raving reviews in her hometown, she decided to move to Los Angeles and take upon the challenge of becoming a renowned standup comedian.

2. You’ll catch her performing at several clubs in LA

Being a comedian means you’ll sometimes have to deal with busy schedules and several hectic days. The same is true for Keenan, who performs at several big-name comedy clubs in LA. If you’re interested in attending one of Keenan’s comedy shows and have a preference for a comedy club, you’ll have no problem at all. She regularly performs at numerous venues, including The Improv, Comedy Store, Westside Comedy Theatre, and Laugh Factory.

3. She’s already made her debut on HBO

Keenan made her debut on HBO on October 2 2021, when she starred in Entre Nos: What She Said, which is a Latin comedy episode directed by Vicente Riesgo. Keenan performed alongside her peer and another one of the comedy geniuses, Shari Diaz, for the half-hour program.

4. Keenan has appeared on television quite a few times

While artists have to work for several years, sometimes even decades, to get a chance to appear on television, Keenan has already made her mark as one of the freshest, most original comedians with her several appearances on television shows. You might have seen her on NuvoTV’s Stand Up and Deliver, Chelsea, or as a finalist on Standup NBC. Keenan also hosted three episodes of the television series Off Topic Mobile in 2014.

5. She has also taken up a few acting roles

Jessica Keenan made her debut as an actress in 2012 when she appeared in the television series Crackhorse Presents. She later appeared as a Latina woman in the 2013 movie, The Love Section, which is also available to watch on Netflix. After a short hiatus, she made a comeback as an actress in 2017 and again in 2020 and 2021. These acting roles were for Deep Like, Alone in the Apartment: Girl Vs. Guy, Laugh VS Funny Web Tournament, and 3 Month Fiancé.

6. She was a finalist at the Cleveland Comedy Festival

Cleveland Comedy Festival is an annual festival featuring shows and events to celebrate the rich comedic heritage of Cleveland. In 2019, Keenan not only participated at the festival but also took home the Mike Veneman Award for Best Overall Comedian. She was given the title of the “Festival Standout” by This Is Cleveland, which is a website highlighting all the great things about the city in Ohio.

She’s the sister of D. A. Keenan

Born in December 1983, D. A. Keenan has worked as an editor and camera operator. He moved on to accept more prominent roles as an art director, set dresser, writer, producer, executive producer, and director of television series, documentaries, and movies. Jessica Keenan is the proud younger sister of D. A. Keenan. The siblings, Jessica with her comedy career and D. A. Keenan with his career behind the camera, are proving that creativity and success run in their family.

7. You can also listen to her on some podcasts

Keenan has been invited to several podcasts during her career, including David Horning’s You Can’t Laugh At That podcast, which is available on Apple Podcasts. Keenan appeared in the episode titled “Ep. 85 – Sports Fans Ft. Jessica Keenan,” where she discussed the impact of sports fandom on society and daily life. She was also invited to Lorraine Lopez Loves… podcast available on Audible for the episode titled “Ep. 24 Jessica Keenan Reveals Best Life Hack Ever!”

If you’ve enjoyed reading all these fun facts about Keenan and want to get a glimpse of her performing at one of the shows, we’ve found the perfect clip. Watch the following video of her performing for Laugh Factory and entertaining the audience with her witty humor and epic delivery of jokes and punch lines:

Have questions about Jessica Keenan’s personal and professional life? Take a look at the following FAQs to find out more about the standup comedian:

Where was Jessica Keenan born?

Jessica Keenan was born in Las Vegas, Nevada, but currently lives in Los Angeles, where she performs as a standup comedian in some of the city’s most renowned comedy clubs.

Does Jessica Keenan have kids?

As of 2022, Jessica Keenan is married and has twin boys. She announced her pregnancy at the Cleveland Comedy Network and Festival’s annual festival in 2021.

Where does Jessica Keenan perform?

How can I attend Jessica Keenan‘s show?

If you’re interested in watching Jessica Keenan’s shows, you can review all the updates related to her upcoming shows or book her for your events via her website.

Keenan is a one-of-a-kind up-and-coming comedian who has climbed the ladder to her rightful fame, popularity, and success not just in LA but also in other cities across the United States. The Lebanese/Mexican standup comedian has earned a lot of respect and received raving reviews from both her peers and critics of the art. From friends and family to news outlets and audience members, everyone who has had the pleasure of attending one of her shows knows that her talent is undeniable and something worth sharing with the world.

If you want to know more about Jessica Keenan and where she is now, be sure to follow her on social media platforms, including Facebook, Twitter, and Instagram. To learn about other exceptional up-and-coming standup comedians, take a look at the related articles listed below.

Dave Helem: The Next Comedy Genius

Jasmine Ellis – She has a Unique Comedy Style!