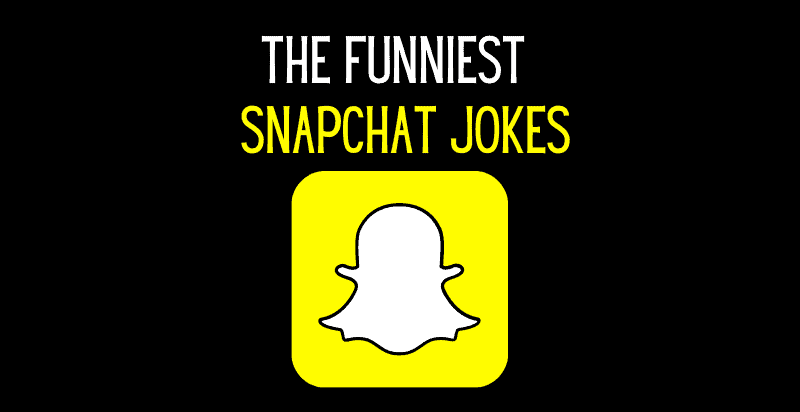 The world of social media is always changing and Snapchat is one of the many platforms that have been hit with this change. In recent years, Snapchat has taken over as the number one social media platform for teenagers and young adults. This has been due in large part because teens feel that they are more free to be themselves on the app because they can post “snaps” which are photos or videos that last up to 10 seconds before they disappear from the app completely.

Because the messages disappear, people tend to be more real and funnier than they are on other social media where they are trying to post content for likes and social approval – like TikTok, Instagram and Facebook.  So there are a lot of people on Snapchat with a very funny sense of humor.  Snapchat has become a popular platform for finding funny memes, jokes, and other entertaining content. This makes it an attractive platform for people who are looking to find quick laughs.

In this post, we present some of the funniest jokes about this awesome social media app.

My nickname is Snapchat…because I only last 5 seconds and then disappear forever.

Did you guys hear about that weird snapchat knockoff that only lets you send pictures of sausages? It has the wurst ratings.

Snapchat and basketball are pretty similar for me. They both go like this: Screen. Shot. Get. Blocked.

If Snapchat has taught me anything …. it’s that a lot of today’s teens look better as animals. Especially dog faces!

The Apple iPhone 8, Samsung Galaxy S8, Snapchat Spectacles, and the Amazon Echo Show all came out in 2017. Who won the year?

My ex used to call me Snapchat….

Because I’d only last for 10 seconds.

How did the Snapple talk to her friends? On Snapchat.

A Young Driver Gets Pulled Over

What is Thanos’ favorite app? Snapchat

Thanos got a new phone. He added half of his contacts on Snapchat

What social media does thanos use? Snapchat

How does Thanos communicate? Snapchat

My girlfriend broke up with me after I snapped her neck

My girlfriend would prefer if I snapped pictures of her face, but either way, “snapchat is dead like our relationship so goodbye.”

How do the fallen avengers talk to each other? Snapchat.