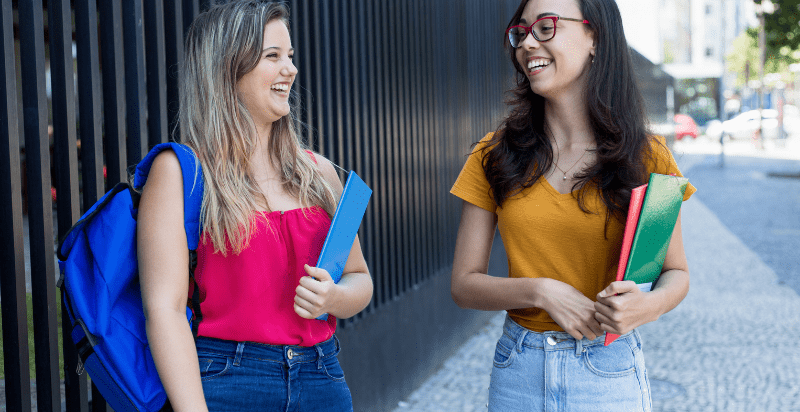 School is a lot more fun with a sense of humor, isn’t it? No matter what age you are, these jokes will remind you of school and make you laugh!

The Most Hilarious Student Jokes

The Student and the Pharmacist

A somewhat advanced society has figured how to package basic knowledge in pill form. A student, needing some learning, goes to the pharmacy and asks what kind of knowledge pills are available.

“What else do you have?” asks the student. “Well, I have pills for art history, biology, and world history,” replies the pharmacist.

The student asks for these, and swallows them and has new knowledge about those subjects. Then the student asks, “Do you have a pill for math?”

The pharmacist says, “Wait just a moment,” and goes back into the storeroom and brings back a whopper of a pill and plunks it on the counter.

“I have to take that huge pill for math?” inquires the student. The pharmacist replied, “Well, you know… math always was a little hard to swallow.”

The Following Are Answers to 5th Grade Science Exams:

A Visit to The Zoo

Three mischievous boys went to the zoo one day for an outing, since they had the day off from school.

They decided to visit the elephant cage, but soon enough, they were picked up by a cop for causing a disturbance.

The officer hauled them off to security for questioning.

The supervisor in charge asked them to give their names and tell what they were doing at the elephant cage.

The first boy innocently said, “My name is Gary, and I was just throwing peanuts into the elephant cage.”

The second added, “My name is Larry, and all I was doing was throwing peanuts into the elephant cage.

The third boy was a little shaken up and said, “Well, my name is Peter, but my friends call me Peanuts.”