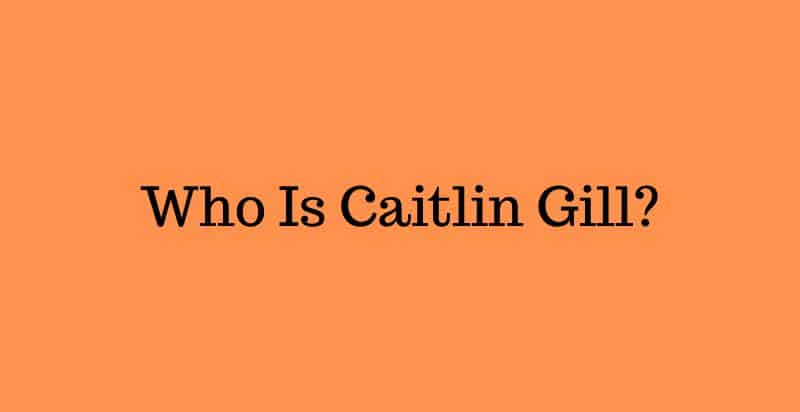 Caitlin Gill is a Los Angeles resident who currently resides in San Francisco. Earlier in her life she explored other career paths besides comedy and that led her to San Francisco. Ever since her move, there has been no looking back for her, as she is reaching new milestones in her career. Now a constant presence in some of the leading comedy clubs and podcasts across the digital realm, Caitlin Gill has become a much loved name in the world of standup.

However, Caitlin is not just a comedian. She is also an avid writer and her works have not just made it to movies but also to some of the leading publications across the US,  like The New York Times for instance. From Willy Wonka and the Chocolate Factory to Bobcat Goldthwaite’s Misfits and Monsters, Caitlin Gill has become well recognized amongst the community for her unique spin on wit and humor. Here we will look at her biography and some interesting facts about her.

1. Caitlin is a woman of many talents

As we mentioned in the intro, Caitlin Gill is not just a standup comedian but a writer as well. She is also a producer and actor. In Bobcat Goldthwait’s Misfits and Monsters on TruTV, Hidden America with Jonah Ray, the Take My Wife series and CollegeHumor Originals, her comedic writing has made audiences roll over laughing. Her career has been illustrious both in standup and writing with more opportunities arising in the future. She is on a constant upwards trajectory.

In an interview with SFS Station in April 2014, Caitlin revealed that she has been doing comedy for the past eight years. She featured in CollegeHumor Originals which is a TV series of “funny sketches that have crude, adult, and undeniably hilarious comedy.” She made her debut with the show in 2006 and has since become famous gathering similar shows and adding them to her resume creating a distinct identity for herself.

3. She has a degree in Political Sciences

Although it might seem surprising, Caitlin Gill has a degree in Political Sciences. She was working as a political advocate at a public interest research group. However, she only lasted two weeks before losing the urge to pursue the field anymore. She made a decision to move to San Francisco after breaking down in her car at a parking lot in Napa Valley. She realized that her true calling was something besides what she was trying to pursue.

4. Caitlin has done some unique jobs before starting standup

It’s safe to say that Caitlin Gill has had a unique work experience even before she became a comedian. After quitting her job at the public interest research group, she moved in with her parents. She worked door to door selling wine to people in the Napa Valley neighborhood. Even after moving to San Francisco, it took her a year to get noticed in standup. During this time, she was working as a barista from where she got the idea, starting to perform at coffee shops and laundromats.

5. She has had the honor of working with the legendary Robin Williams

Caitlin Gill has featured alongside a lot of big names, especially the witty and legendary Robin Williams. Hannibal Burress, Bobcat Goldthwait, Marc Maron, Kyle Kinane, Nick Kroll, Eric Andre, Todd Barry, Tig Notaro, Doug Benson, , and others have all collaborated with her. She is a unique talent that has impressed many in the industry with the type of work that she is able to produce in terms of the genre.

6. In 2013, she was picked as the Best Comedian by East Bay Express

Caitlin Gill’s career has been rising ever since she began working in the industry. With her impressive credentials, she was voted Best Comedian in the East Bay Express’s ‘Best of’ edition of the 2013 publication. East Bay Express is a weekly magazine that is well renowned in the respective circles. Caitlin was also TimeOut LA’s 2018 Comics to Watch making her a star with resounding success in terms of the acknowledgment she has received for her work.

7. Caitlin is a cat lover

Caitlin loves cats. They are by far her favorite pet and although she posts a lot of content with other animals and has a pet dog as well, cats remain her first love. In an interview with Huffington Post, she proudly stated that she enjoys doing comedy because it provides her with a socially acceptable reason to live alone with a cat! Her statement depicts an acute affection for the furry little friends that are loved by a lot of people around the world.

8. She ran one of LA’s premier shows, Crabapples

Crabapples: With Bobcat Goldthwait and Caitlin Gill was a premier LA show that featured two amazing comedians as roommates and good friends having a humorous conversation on stage. The two comedians were the hosts of the show on 13th January 2017 bringing new light and excitement to the performance while at the same time, enthralling crowds with their unique sense of comedy. It was a treat to watch.

9. She is also a comedy writer for The New York Times

The New York Times is one of the biggest and most famous publications in the United States. Caitlin Gill, being a comedy writer with a distinct take on her work, writes pieces for The New York Times. Her opinion pieces are fun reads which bring readers closer to reality while offering unique perspectives through the words of the comedian. In one of her pieces, she revealed that she was named after Caitlin Thomas, which sparked her passion for poetry of language.

10. Her writing has been part of numerous hit movies and TV shows

Who is Caitlin Gill’s wife?

The only known reference where Caitlin Gill and wife can be seen in the same sentence is her work for the Take My Wife series. Any other news regarding her relationships, marriage or personal life are kept away from the public eye. There are no details regarding any of her family members or regarding the fact that she has a wife, or husband for that matter. Caitlin Gill is a private person and we respect her right to retain her privacy.

What are Caitlin Gill’s IMDB credits?

Caitlin Gill has IMDb credits for a variety of works. She was a producer and writer for Bobcat Goldthwait’s Misfits and Monsters. She was a writer for Take my Wife, 2016 series while she featured as Mom 2 on CollegeHumor Originals in 2006. These are the only credits that are available on her IMDb page and we are sure that there are more projects in the pipeline which will allow her resume to grow. As of 2022 though, these are the works she is a part of.

When was Caitlin Gill Born?

One internet source has quoted that her date of birth is September 8th and she is a Virgo. Based on her interview with the Daily Californian in 2019, she stated that she was 38, We can then safely assume that she was born in 1981. Her place of birth and any other details regarding the place of her birth, parents, their respective occupations, siblings and other relevant things are not public as is the case with many other comedians.

What is Caitlin Gill’s height?

It is hard to believe but Caitlin Gill is 6 foot 1 inches in height. It is unique for a woman comedian to be this height and Caitlin has another impressive credential to add to her already impressive CV. She has quoted her height on her own in numerous interviews that she has given over time confirming the fact that she actually is this long.

Bobcat Goldthwait and Caitlin Gill make a humorous pair that makes a lot of people roll over in laughter. The two performed for an empty theater and discussed living together, movie reboots and the fact regarding who is more political of the two in this unique YouTube video. Watch it here:

Caitlin Gill is an amazingly talented woman who adorns many caps including that of a producer, comedic writer, actress and standup comedian to name a few. She has made a name for herself in every aspect of life that she has entered, carving out a following that loves and enjoys her work to the fullest.