Will Miles – Learn about This Rising Comedy Star 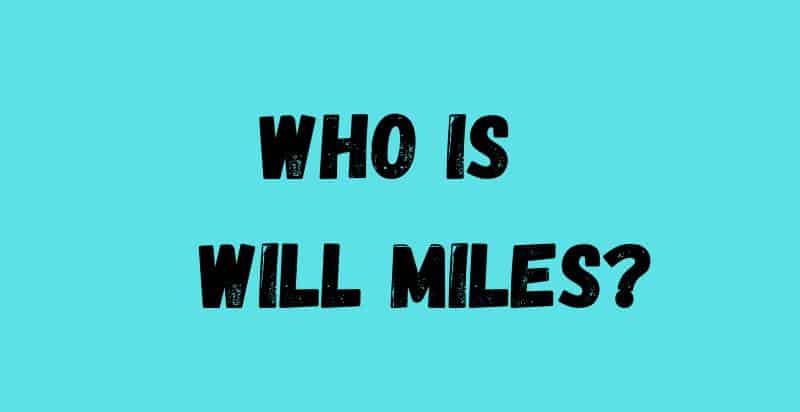 Will Miles is an up-and-coming comedy star hailing from Chicago. He is known for his unique and diverse sense of humor. He has been making people laugh throughout the USA by doing standup and comedy festivals such as the Bridgetown Comedy Festival, Brooklyn Comedy Festival, Hell Yes Fest, and the Accidental Comedy Festival.

Miles made an unorthodox journey into the comedy world. Initially, he was unsure of where his path lies, but he knew he had a passion for standup comedy. The guidance of his teacher and friend showed him the way, allowing him to reach the pinnacle of his career. Let’s dive into some of the most unheard facts about this rising comedy star.

Here Are Some Little-Known Facts about Will Miles

1. Will Miles Lost a Gig for Working with the NBA

Will Miles had a deal in the talks, which involved him working with the NBA to record and publish podcasts. However, the deal fell through, leaving Miles completely devastated and confused about the future. The prospect of standup comedy helped him bounce back from the loss, so he redirected his focus towards this new medium.

2. One of Miles’s Closest Friends Played a Key Role in his Career as a Standup Comedian

Kevin Barnett was an American standup comedian and actor. He co-created a popular sitcom by the name of “Rel” which starred Lil Rel Howery and debuted on Fox in September of 2018.

Barnett was one of Miles’s closest friends who helped set him up on the right path towards building a career in standup comedy. After his deal with the NBA fell through, Miles turned his attention towards standup comedy and started working on The Chris Gethard Show.

While Miles loved the show, his ambition was to write his own narrative, but he was unaware of just how important writing his own pilot was. Barnett pushed Miles into writing his first pilot, which eventually led to South Side – Miles’s first-ever narrative show.

3. Will Miles Was Featured on Saturday Night Live (SNL) and Comedy Central

Saturday Night Live (SNL) is a hit American late-night comedy developed by NBC as an edgy comedy series that was tailored to captivate an audience aging mainly from 18 to 34. The show commonly invites celebrity hosts and is consistently attracting new audiences who have entered the relevant demographic group while retaining those who have outgrown it.

In 2014, Miles was invited for a guest appearance due to his incredible sketch comedy skills. Also, in 2014, Miles appeared as a guest performer in the New York Comedy Festival, which is an annual comic event featuring some of the biggest names in the comedy business. The event is organized in association with Carolines Comedy Club, The Huffington Post, and Comedy Central.

Miles also appeared on Fusion TV’s Come Here And Say That, truTV’s Friends Of The People on, and MTV2’s Uncommon Sense in 2015. Additionally, the comedy star was also featured in Buzzfeed, New York Times, Time Out Chicago, Huffington Post, and the Village Voice. Moreover, in 2014, Brightest Young Things voted Miles as one of the funniest comedians of the year, serving as a testament to his great comedy skills.

4. Miles is Placed Among the Funniest Comedians by Comedy Central and the Brooklyn Magazine

Comedy Central is an American cable channel that has broadcasted a number of incredibly popular TV Series such as Seinfeld, Friends, Parks and Recreation, South Park, and many more. The channel has also expanded globally, spreading its routes in Europe, India, Australia, and in many other places.

5. The Comedy Star Has Acted in and Co-Written Several Popular TV Series

The Chris Gethard Show was a 2015 comedy show which featured a panel of comedians, including call-in comedians. The show lasted for 3 seasons, with the final season coming out in 2017. Miles was one of the lead writers for the show, and his part in the show is perhaps one of the biggest achievements of his career due to the immense popularity the show was able to garner.

More about his writing portfolio, Miles has written for Comedy Central’s South Side, Freeform’s Grownish, Nickelodeon’s All That, and IFC’s Sherman’s Showcase.

Miles made appearances in other TV series as well, namely; Hulu’s Difficult People, HBO’s Crashing, and Thanksgiving. Difficult People was centered around the lives of two comedians trying to navigate through their thirties. The show ran for 3 seasons from 2015 to 2017. Crashing revolves around a New York comedian having to restart his life after his wife leaves him. The show went on for 3 seasons from 2017 to 2019.

Thanksgiving came out in 2016 and lasted for only a single season, the show focused on a dysfunctional family getting together for a thanksgiving dinner.

Will Miles also co-hosted the podcast Hopefully We Don’t Break Up with wife and fellow comedian Giulia Rozzi which lasted for 99 episodes. Additionally, Miles was also the co-host of the notorious show Comedy at the Knotting Factory along with fellow comedians Kenny DeForest and Clark Jones. Furthermore, Miles and his girlfriend Rozzi also recorded an episode of the podcast You’re Making It Worse.

7. Miles Started His Journey as a Comedian Doing Improv

In an interview with Accepted, Miles stated that he began his comedy career doing improv at a club in Chicago. However, one of his teachers told him that improv didn’t suit him quite well and that he should go for standup comedy instead.

Once Miles parted his ways from improv and set his sights upon standup comedy, he began his journey by opening for various comedy artists in clubs all around Chicago. The comedians he opened for included Hannibal Buress, Bill Bellamy, Felipe Esparza. Since then, he has toured with Hannibal’s comedy tour.

9. Miles Was Influenced by “The Simpsons”

In an interview with Accepted, Miles said that he always dreamed of becoming an animator and of creating a series such as The Simpsons, which immensely influenced him. He wanted to draw characters that looked like him as this would give and have endless possibilities for their life stories.

10. The Comedy Star Has a Favorite Quote

Miles’s favorite quote, told to him by his father, is “Do what you love and you’ll never work a day in your life.”

Will states in his interview that his proudest achievement in his career was the release of his debut album called Good Year in 2016. What made it so dear to him was the fact that the release was just the way he wanted it to be – without any professional promotion.

Was Will Miles on Comedy Central?

Is Will Miles Married?

Will Miles is married to Giulia Rozzi, a fellow comedian.

Does Will Miles Still do Improv?

Will Miles is a full-time standup comedian, writer and podcast host. He does not do improv.

Will Miles | Stand Up Brooklyn with Greg Johnson | Ep. 3

Will Miles performs. Stand Up Brooklyn is hosted by Greg Johnson and showcases some of the city’s hottest emerging comics as they hit the stage during his weekly Stand Up night at Brooklyn bar Splitty.

Will Miles is a rising comedian who hails from Chicago and currently resides in Los Angeles, California. Miles has had quite an untraditional entry into the comedy world. His unique style of comedy and his passion for art has allowed him to rise through the ranks and be featured on some of the most reputable channels and mediums. If you haven’t heard any of his stuff before, do check it out, you will surely fall in love with the man, just as we have.