Chinedu Unaka – Get to Know This Veteran Comedian and Producer 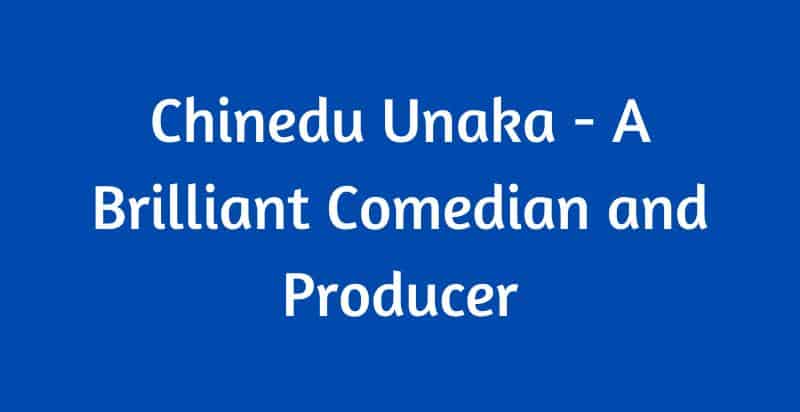 Chinedu Unaka is a multi-talented comedian, writer and actor. Born to Nigerian immigrant parents and raised in South LA, TimeOut LA named him 2020’s Comic to Watch. Chinedu is downright hilarious; fans appreciate how spot-on his humor is, making his international tours a success through and through.

Chinedu hasn’t limited himself to comedy. He also has experience producing and writing comedy shows. We will look at why Chinedu Unaka will go far in his career because of his diverse talents.

Chinedu Unaka was once dared by a friend to try his hand at stand-up. At that particular point, Chinedu wanted to change his life’s direction completely and he agreed to try it out. His first show was quite successful and Chinedu realized there is a lot of potential for him in this field.

He started performing at almost every open mic, stand-up night and talent show around the University of California, Santa Barbara, where he was studying. Once he finished school, he taught students with special needs while performing his comedy bits at night. His delivery and humor allowed him to have a good head start in the comedy world since a lot of his performances got a huge applause.

2. Chinedu Unaka Is a Part of Many Renowned Comedy Clubs

Fans and critics quickly saw how talented Chinedu is on stage. He has made a strong name for himself in many of the famous comedy clubs in the country. He regularly performs at The Laugh Factory, Magic Club, The Comedy Store, The Westside Comedy Theatre, The Hollywood Improv and many more.

For his “Study Break” College Comedy Tour, he tours many universities all over the country every year. This tour includes renowned universities like UCLA and USC in Los Angeles to Cornell University and Ithaca University in New York.

3. Chinedu Unaka Has Featured on Many TV Shows

While Chinedu had his comedy start from stand-up clubs, it wasn’t long before he made his first TV appearance. NBC hosted a Stand Up for Diversity competition where more than a thousand comedians took part in. Chinedu was among the top ten finalists of this competition.

Moreover, he was also seen on NUVO’s TV Stand Up and Deliver. He was among the top finalists of the Laughing Devil and the Laughing Skull Comedy Festival. He also had his own half hour comedy special where he was featured on The Africa Channel as part of Africa Laughs. Africa Laughs is still aired in many countries on Time Warner Cable.

Chinedu has an hour-long comedy album “Mostly Kidding” that debuted at the first spot on iTunes. It was taped at Caroline’s in New York’s Executive in front of a crowd that was entirely sold out. This hour long special was produced by Comedy Dynamics and Chinedu himself.

As of now, he is the Executive Producer, Head Writer and Show-Runner of Yvonne Orij’s Stand Up Special for HBO. He has previously worked as an Executive Consultant on Orij’s very first HBO Comedy Special named “Mama I made It”. This was also nominated for an Emmy award.

He has worked for Netflix in “Are You Listening?”, for Fuse TV in “We Need to Talk About America”, and for HBO as a Producer in “My Mom, Your Dad”. He was also a part of the team of Kevin Hart’s LOL Network in Just for Laughs TV Taping. Furthermore, he took part in Inside Jokes for Amazon, Big Chop for HBO Shorts, Stand Up and Deliver for Fuse TV, All Def Digital and the American Black Film Festival.

He is currently the Co-Producer of The Comedy Kickback. Comedy Kickback is a once a month stand-up comedy show takes place every second Friday at The Hollywood Improv in The Lab in Los Angeles.

5. Chinedu Unaka Has Several Nominations and Awards Under His Name

Exploring his talent in producing and writing has led him to be the Co-Host, Co-Head Writer and Co-Executive Producer of the Spotify Original Podcast “Noisy Neighbors.”

This podcast received widespread acclaim from audiences and was even nominated for the Best Comedy Podcast at The Ambies. Timeout LA chose Chinedu as “A Comic to Watch” in 2020.

6. Chinedu Unaka Has Collaborated with Multiple Celebrities and Comedians

Chinedu Unaka is no stranger to working with celebrities. He has been on a tour with Marlon Wayans from Sextuplets, Yvonne Orij from Insecure and Damon Wayans Jr from New Girl. He was also featured in the latest season of Coming to the Stage (HULU) and the immensely popular comedy series The Mindy Project, produced by HULU and FOX together. He has recently performed an international tour for the American troops who are in the Middle East. He also did a comedy tour in India.

Comedian, Actor and Writer Chinedu Unaka performs for Arsenio Hall Live Tonight Show as part of the Netflix is a Joke Comedy Festival:

Chinedu Unaka is rapidly establishing himself as an extremely talented comedian, comedy producer and writer. His audience loves him wholeheartedly, especially for his wit and brilliant delivery. With his talent, he is sure to go  places.