Have You Ever Wondered 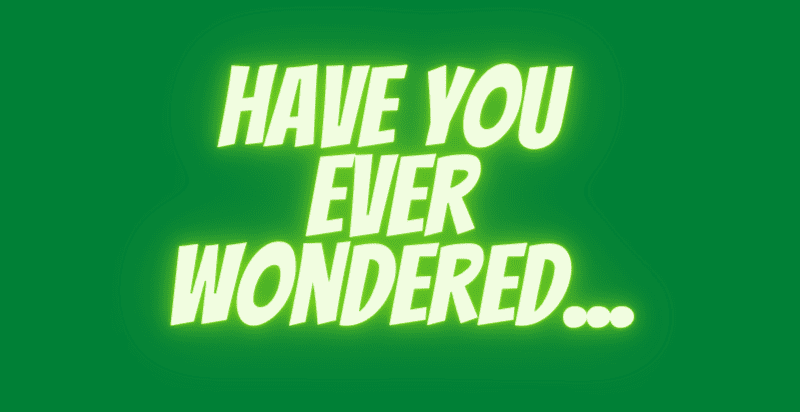 Why is it considered necessary to nail down the lid of a coffin?

Why don’t you ever see the headline “Psychic Wins Lottery”?

Why doesn’t glue stick to the inside of the bottle?

Why is it that doctors call what they do “practice”?

Why is the man who invests all your money called a broker?

Why can’t they make the whole plane out of the same substance that little indestructible black box is?

If a person with multiple personalities threatens suicide, is that considered a hostage situation?

If a cow laughed, would milk come out her nose?

So what’s the speed of dark?

How come abbreviated is such a long word?

Since light travels faster than sound, isn’t that why some people appear bright until you hear them speak?

Ever wonder what the speed of lightning would be if it didn’t zigzag?

If it’s true that we are here to help others, then what exactly are the OTHERS here for?

If Fed Ex and UPS were to merge, would they call it Fed UP?

If quitters never win, and winners never quit, what fool came up with, “Quit while you’re ahead”?

Should women put pictures of missing husbands on beer cans?

Why do people seem to read the Bible a whole lot more as they get older … they were cramming for their finals!

Why do they put pictures of criminals up in the Post Office?

How much deeper would oceans be if sponges didn’t live there?

If a man says something in the woods and there are no women there, is he still wrong?

If you can’t be kind, at least have the decency to be vague.

I went for a walk last night and my kids asked me how long I’d be gone. I said, “The whole time.”

After eating, do amphibians need to wait an hour before getting OUT of the water?

If you’re sending someone some Styrofoam, what do you pack it in?

I just got skylights put in my place. The people who live above me are furious.

Why do they sterilize needles for lethal injections?

Is it true that cannibals don’t eat clowns because they taste funny?

Isn’t Disney World a people trap operated by a mouse?

Whose cruel idea was it for the word “lisp” to have an “s” in it?

Why can’t you find fresh sardines in the fish market?

Why do so many old people eat at cafeterias?

Why does Wendy’s have square hamburgers?

Why does the word “Filipino” start with the letter F ?

Why are the copyright dates on movies and television shows written in Roman numbers?