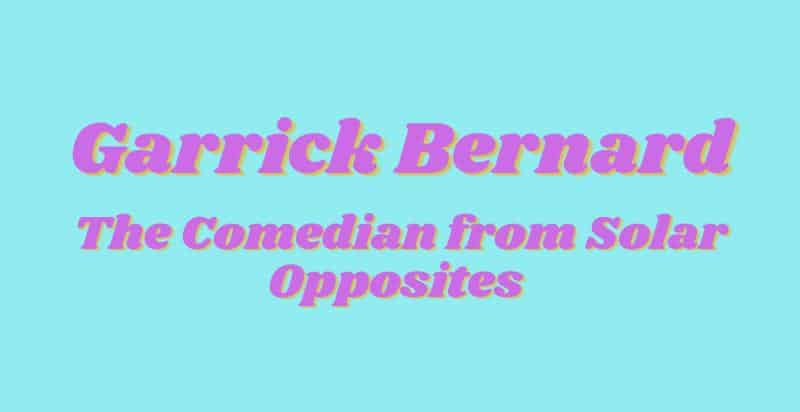 Garrick Bernard is a stand-up comedian, actor, and writer who is amazing at what he does on both the stage and the page. Everything he does is for one purpose: to put smiles on people’s faces.

He has been named a “Comic to Watch” by Comedy Central in 2018. Mr. Bernard has also worked as a writer on Star Trek: Lower Decks and the popular animated series, Solar Opposites.

Read on to find out more about Garrick Bernard’s career and achievements so far.

3. He Is the Most Liked Character in Single Drunk Female

Garrick is hands down one of the most beloved characters in Single Drunk Female. He plays the role of a guy who has accomplished sobriety for two years now. He has feelings for Sam Fink, the protagonist of the show. However, he doesn’t want to get into anything with her until she has been sober for a year. The couple shares some wonderful chemistry and a beautiful connection in the show.

5. He Always Wanted to Be a Writer and a Performer

Garrick had always wanted to be a writer. He started as a writer for TV and found everyone in the writer’s room a hero. That’s where he heard the most heartfelt and funniest lines and found an entryway to stand-up comedy. He prefers stand-up over improv as he gets to see the audience’s live reaction on the jokes he writes for his performances.

6. He Also Acted in Middle School

A big part of Garrick’s Middle School experience was working in theater and drama.

Garrick Bernard on Using the N-Word – Up Next – Uncensored

Garrick Bernard lashes out at people who move to Los Angeles only to complain about the city and explains the one situation in which he thinks it’s OK to use the N-word.

Very little information is available about Garrick Bernard’s career journey and personal life. All we know is that he is an up-and-coming actor, writer, and stand-up comedian that we should all look out for.

Check out his Instagram where he shares his day-to-day activities and information about any upcoming shows. You can also find his stand-up shows on YouTube.