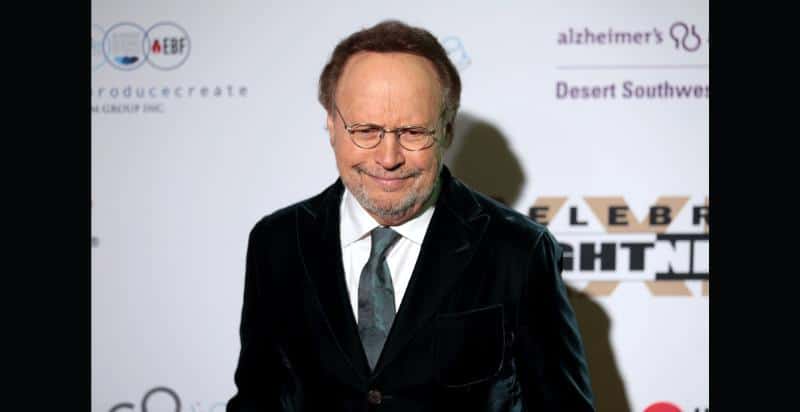 Billy Crystal is a famous comedian, writer, actor, and director born in 1948. He was raised on Long Island by a musician father in a Jewish family that migrated from Lithuania, Russia, and Austria. He learned a lot about appreciating music and artists from his father, but unfortunately, he lost him when was only 15.

Despite this tragedy, Billy was an upbeat kid with a talent for making people laugh. He got into the entertainment industry and made a name for himself with The Honeymooners and The Ed Sullivan Show. Billy started his journey as a standup comedian, performing with big names like Ernie Kovacs, Jonathan Winters, and Alan King.

While he continued to stay in the industry, Saturday Night Live provided the platform he needed to present his talent. He became a regular on the show and continued to rise through the ranks until he was appreciated as a veteran actor. He continues to direct, act, and produce movies.

2. “Well, the way things are going, aside from wheat and auto parts, America’s biggest export is now the Oscar.” – Billy Crystal

3. “My grandparents invented joylessness. They were not fun. I’ve already had more fun with my grandchildren than my grandparents ever had with me.” – Billy Crystal

4. “I didn’t rebel as a child. I missed that angry teenager thing.” – Billy Crystal

5. “My mind is always going. I’m always thinking what I need to do, what I haven’t done, what I did do, what I didn’t do as well as I could – I’m relentless that way with myself.” – Billy Crystal

6. “The Passion of the Christ opened up on Ash Wednesday, had a Good Friday.” – Billy Crystal

7. “I don’t like heights. This is why I stopped growing at fifth grade.” – Billy Crystal

10. “When comedy is good, it’s jazz. The beats of it, the looseness, the improvisational part, the music-the way you hit the inflection, the high notes of a joke. It’s all melody to me.” – Billy Crystal 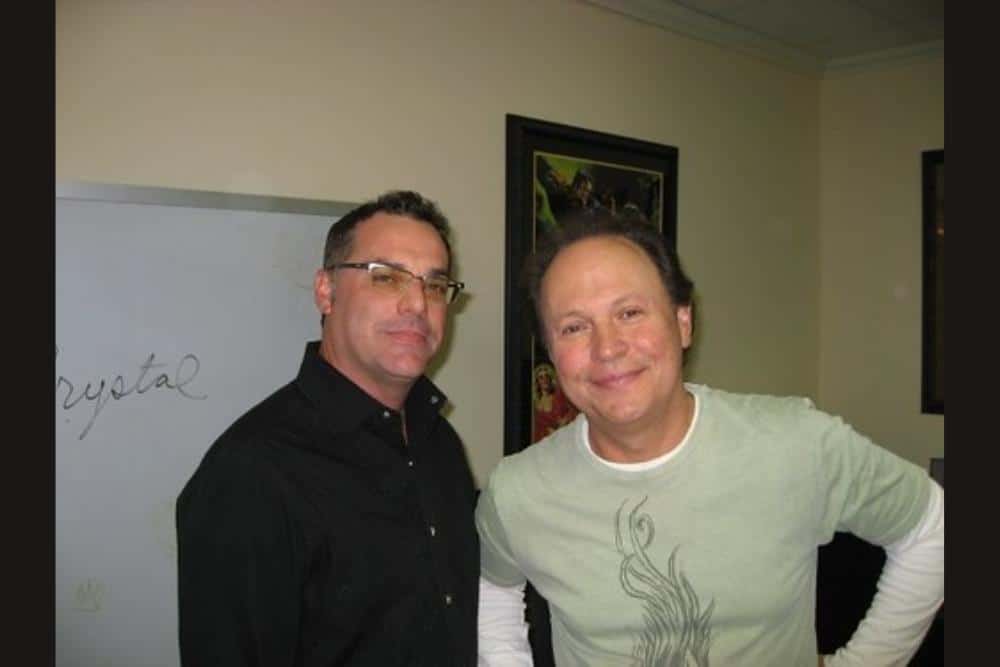 11. “My granddaughter’s birth has made me want to create things she will love.” – Billy Crystal

12. “That’s the thing about jazz: it’s free flowing, it comes from your soul.” – Billy Crystal

13. “Even when I was in school shows, in elementary school doing plays, I’d always go off book and start improvising.” – Billy Crystal

15. “Whoo-hoo-hoo, look who knows so much. It just so happens that your friend here is only MOSTLY dead. There’s a big difference between mostly dead and all dead. Mostly dead is slightly alive. With all dead, well, with all dead there’s usually only one thing you can do. Go through his clothes and look for loose change.” – Billy Crystal

16. “What’s so fascinating and frustrating and great about life is that you’re constantly starting over, all the time, and I love that.” – Billy Crystal

18. “I quit drinking. That was a big problem for a lot of years. Then after that, I just started feeling grateful again.” – Billy Crystal

20. “By the time a man is wise enough to watch his step, he’s too old to go anywhere.” – Billy Crystal

21. “Despite what The Wall Street Journal says, our awards are the best-kept secret in America, with the possible exception of what George W. Bush did in the ’70s.” – Billy Crystal

22. “I was always drawn to performing, but I never thought I could. I have no idea what I wanted to do outside of the old cowboy-or-fireman. When I was in college, I got serious about acting. I started examining history and then everything related to the theater. History, art, all the other studies, if I could link them into the theater, then it became alive for me. It just opened up my eyes.” – Billy Crystal

23. “A laugh is a weird sound, and when you get a couple thousand people making it at once, it’s really strange. But when I can feel proud of myself for causing it, it’s great.” – Billy Crystal

24. “I’m going to go on just living and laughing and loving.” – Billy Crystal 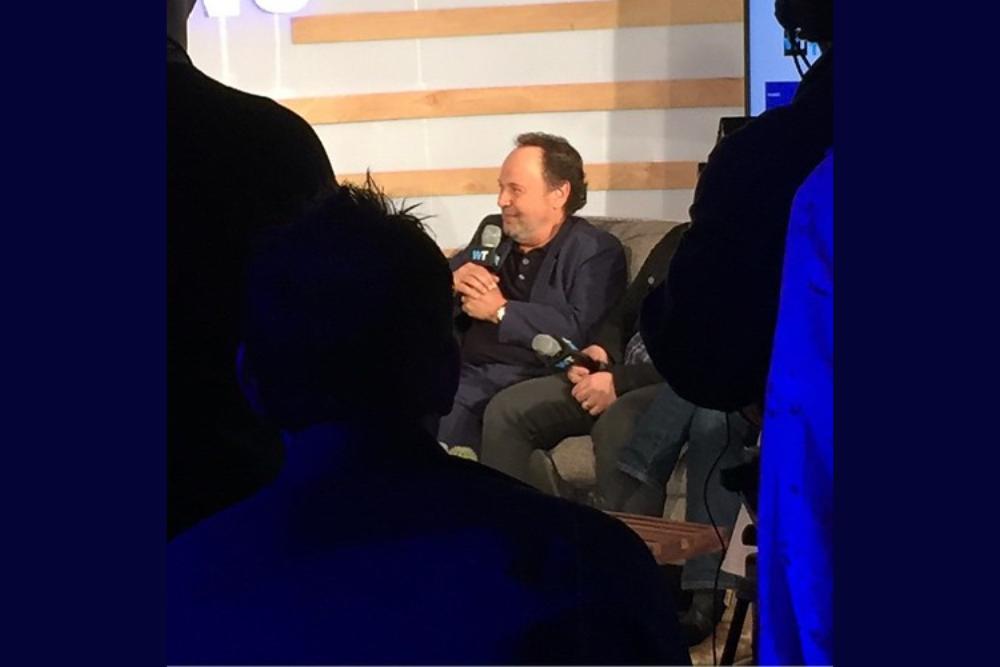 29. “There’s only, I think, in life, three things that I do pretty well: Performing, I still can field ground balls, and I make nice kids.” – Billy Crystal

30. “I always was a performer; from the time I was little. It was always a natural place for me to be.” – Billy Crystal

31. “Consider the rose…The rose is the sweetest smelling flower of all, and it’s the most beautiful because it’s the simplest, right? But sometimes, you got to clip the rose. You got to cut the rose back, so something sweeter smelling and stronger, and even more beautiful, will grow in its place.” – Billy Crystal

32. “If you do something for the first time, you will always remember it. If your dad has something to do with it, you write about it.” – Billy Crystal

33. “I think I’ve far exceeded what I ever thought I could possibly do. I’m almost shocked that I’m still around after all of these years . . . and always grateful that I get another turn to do something.” – Billy Crystal

34. “From the first time I saw Sid Caesar be funny I knew that’s what I had to do.” – Billy Crystal

35. “Nothing can take the sting out of the world’s economic problems like watching millionaires present each other with golden statues.” – Billy Crystal

36. “I’d like to think there is a Heaven, and it starts from the happiest day in your life.” – Billy Crystal

38. “For almost 40 years, he was the brightest star in the comedy galaxy. The beautiful light will continue to shine on us forever and the glow will be so bright, it’ll warm your heart, it’ll make your eyes glisten, and you’ll think to yourselves, Robin Williams, what a concept.” – Billy Crystal

40. “Dad had a music store, and he’d often bring home comedy albums that I would listen to. I started listening to Bob Newhart and Bill Cosby, and developing taste. They really influenced my style of comedy.” – Billy Crystal

41. “You have to really respect what your kids are doing with their kids and how they’re raising them. You can’t push your way into areas where you shouldn’t be saying anything. You have to always remember they’re not your own kids. Play with them, love them, spoil them to death – then hand them back.” – Billy Crystal 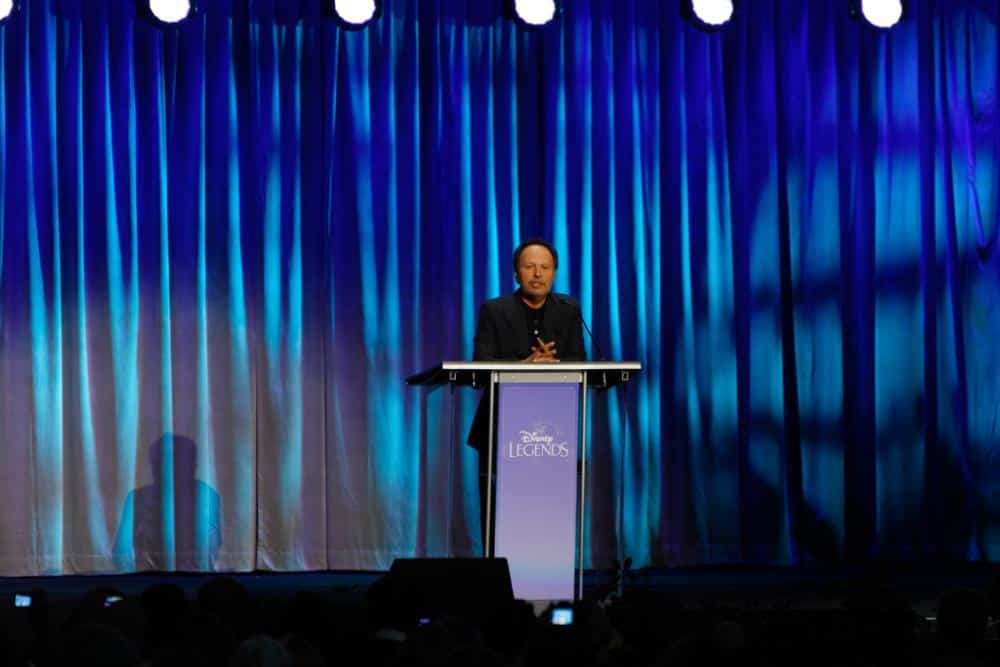 42. “Nobody is more truthful when he’s acting than De Niro.” – Billy Crystal

43. “Good news, they found Nemo! The bad news is, they found him in one of Wolfgang Puck’s puff pastries.” – Billy Crystal

44. “I was a film-directing major at NYU. I’m still not sure why I became a directing major, when I was really an actor and a comedian, but there was something that drew me to doing that.” – Billy Crystal

45. “I think when I feel I’m at my best is when I’m on stage, and it’s my version of jazz because it’s just riffing or something.” – Billy Crystal

46. “You really have to have some muscle to be on the stage in front of the world.” – Billy Crystal

47. “I used to limp around my neighborhood imitating him. I did my Bar Mitzvah with an Oklahoma drawl.” – Billy Crystal

These Billy Crystal quotes show us the depth of his wisdom as he grew from a standup comedian to a film director and producer.

If there’s one thing we can learn from Billy, it’s that perseverance and a humorous personality are critical to a peaceful and prosperous life.

“Billy Crystal” by Gage Skidmore is licensed under CC BY-SA 2.0.

“Billy Crystal” by Bob Bekian is licensed under CC BY-SA 2.0.

“There’s Billy Crystal riffing about his new show!” by adrants is licensed under CC BY-NC-SA 2.0.

“Billy Crystal” by rwoan is licensed under CC BY-NC 2.0.