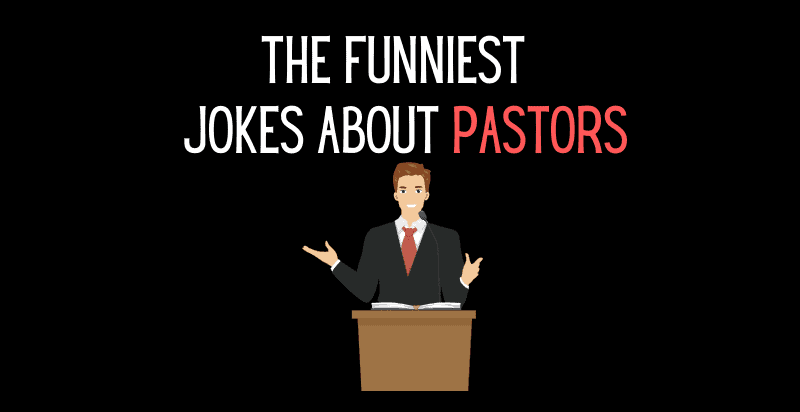 Pastor jokes are a type of joke that is about a pastor and the things they do and say. It’s a way to poke fun at the clergy and their words. The first pastor joke was recorded in 1837 by Caryl, an Englishman, who wrote: “A certain country curate, though not remarkable for his wit or sense, had an especial knack of telling what he called ‘an anecdote of my father’.”

Without further ado, here is our collection of our favorite jokes about pastors – all good clean fun!

It’s called “Holy Smokes”Why did the female minister go to bed?
It was pastor bedtime.

Why did the priest bless his milk?
To pastorize it.

I think my daughter has a crush on our pastor.
She talks about him religiously.

My old pastor was an outspoken advocate for Amazon.
I guess you could say he was a prime minister.

What do you call Pastors in Germany?
German Shepherds.

What do you call a pastor who got bailed out?
Christian Bale.

The Pastor and the Eggs

The elderly pastor was cleaning up his office one Friday morning. In the back of the office, he found a small box containing 3 eggs and 100 $1 bills. He showed his secretary the box to ask her about the box and its contents.

Embarrassed, she admitted having hidden the box there for the last 25 years. Disappointed and hurt, the pastor asked her, “WHY?” The secretary replied that she hadn’t wanted to hurt his feelings.

He asked her how the box could have hurt his feelings. She said that every time that he had delivered a poor sermon, she had placed an egg in the box.

The pastor felt that 3 poor sermons in 25 years was certainly nothing to feel bad about, so he asked her what the $100 was for. She replied, “Each time I got a dozen eggs, I sold them to the neighbours for $1.”

A mother woke her son up on Sunday morning and told him he needed to get ready to go to church. The son replied to his mother that he didn’t want to go to church this morning. She told him nonsense he should get up and go to church.
“But mom” he replied, “Everybody hates me, the sermons are boring and none of my friends ever come.”
His mother replied, “Now, son…! First, everybody doesn’t hate you, only a couple of bullies and you just have to stand up to them. Second, the sermons mean a lot to many people. If you listened to them, you’d be surprised at how good they are in helping people. Third, you have lots of friends at church. They are always having you over to their house. And finally, you have to go, you’re the pastor!!”

Visit by the Pastor

There was a priest from a very small church in the backwoods of Alaska. During his first year, he decided to visit two of his most remote parishioners to see how they was doing.

The man said that it was getting along, however he couldn’t have made it without his Rosary and two martinis each day.

With that he asked the priest, “Would you like to have a martini with me?”

The priest replied, “Yes, that would be nice.”
The man turned around and hollered towards the kitchen, “Rosary, would you fix us two martinis please?”

We do not have a happy report to give. We’ve not been able to find a suitable candidate for this church, though we have one promising prospect still. We do appreciate all the suggestions from the church members, and we’ve followed up each one with interviews or calling at least three references. The following is our confidential report on the present candidates.