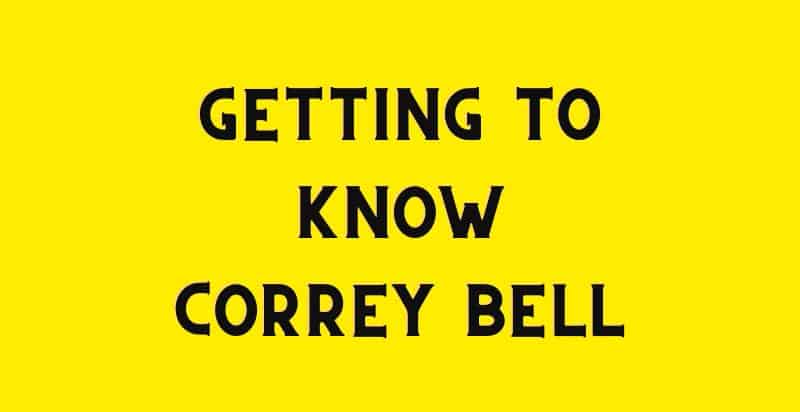 Among the newcomers in comedy, Correy Bell has become a prominent name. Midwest Living Magazine named her ‘the comedian to keep your eye on in 2020.’ With that statement, we can safely assume that there’s something special about comedian Correy Bell! She is a wife and mother for four, who can deliver a joke like a pro even though she hasn’t been on the scene long.

It’s all thanks to her friends and close ones who kept encouraging her with compliments. Otherwise, Bell may not have pursued a career in standup comedy. We are glad that she did, and we get to enjoy her jokes and funny tidbits. If you are a fan of standup, you’ll love knowing Correy Bell! Here are some facts about her life as a comedian that can help you understand her style and persona.

What’s So Unique about Correy Bell?

1. Correy Did Not Plan It All

Becoming a comedian and making people laugh with her jokes did not happen because Correy Bell planned it. Although jokingly, Correy says that she got up on stage because she got tired of people telling her how funny she was and how she missed her calling. But the truth is, it was a dare from Taneshia Rice, a standup comedian who goes by the name Just Nesh.

2. She Was in the Audience at Her First Stage Performance

Bell’s love for standup wasn’t new when she first started her standup journey. She had been attending her hometown performances for a while and would go to the open mics just to watch and laugh at Just Nesh’s performances. One time Rice told her that she’d put her on stage if she showed back up and when Correy did, she had to go on stage. The rest is history, as they say!

3. Discovering Her Passion for Comedy

Correy’s love for jokes and fun is what gets her by every day. Not because she is a comedian and she has to be funny, but it’s her instinct to be humorous. Even before she took the stage for her comic work, Bell would prepare her jokes every day. She’d write down stuff that would seem funny to her and use it later to entertain others. Honestly, it’s definitely her perspective on life that makes her jokes hilarious!

4. She Got Fired from Groupon

Correy used to work at Groupon, and she was among the first 100 employees they hired. She loved working at the company because of its fun environment and easy-going nature of the job. However, her standup gigs also started scheduling around the same time, and she had to balance the two lives. A 9 to 5 job that paid well started becoming less fun for her, as the comedy performances became more interesting. Groupon fired her based on her attendance, but that came as a blessing in disguise.

5. She Uses the Stage for More Than Comedy

According to Bell, the stage is a medium she uses to remind women how powerful they are. She considers herself to be a motivational speaker, using jokes to attract her audience’s attention. She has a natural talent for public speaking and getting her point across. We are just glad that Bell does it with jokes and humor, instead of serious motivational speeches (btw, that would have been funny to watch!)

When Mo’Nique responded to one of Correy’s Instagram posts, it was an unforgettable day for her. She considers the great American comedian her life-long spirit animal. Therefore, when the opportunity presented itself to share the stage with Mo’Nique, our up-and-coming comedian was incredibly happy. Bell worked with Mo’Nique on the 7-month Las Vegas Residency and has the honor to tour with her across the country. She even got the chance to perform at the Apollo Comedy Club and the Historic Apollo Theater!

7. Her Work with Mo’Nique and Others

Correy Bell may have started her standup career as a dare, but her journey has been fruitful. Once she started working with Mo’Nique, her life as a comedian changed, and she started getting better offers. Bell has featured in “Mo’Nique and Friends” and appeared on Trutv’s “Laffmobs Lafftracks” in a few episodes. She also works with Kevin Hart on Sirius Satellite’s “LOL Station.”

8. She Thinks Her Comedy Is…

Every comedian has a take on their work which drives them to prepare more of that material. For Correy, her comedy is edgy and relatable. She already considers herself a motivational speaker, which is the reason why she uses her jokes as a means to help people. If a person laughs at her jokes and it gives them a chance to heal from a bad experience or memory, Correy considers that a job well done.

9. She Almost Gave Up at One Point

Standup gigs did not pay Correy as much as she’d hoped when she started it as a proper career. On the one hand, she had a family to look after and, on the other, a gift that was helping people but wasn’t paying her. When her show tickets wouldn’t sell well, and she had to go home empty-handed, the thought of giving up crossed her mind. However, Bell put all her inhibitions aside and kept going until the gigs didn’t leave her penniless anymore.

10. She Does Not Want to Change Her Life

Correy Bell is a huge believer in destiny and accepting whatever your life presents you with. If she were given a chance to do it all over again, Bell says she would not change a thing! She accepts everything that came her way—all the bad and good stuff has shaped her life the way it’s now, and she feels grateful for it. Even if she had a second chance at life, she’d want everything to be in the exact same position because she trusts the process.

11. She Was Never Afraid of the Stage

Correy has been entertaining people in her life with her jokes for many years. Even though it was on a short scale, people have loved her hilarious talks! So, stage fright has never been an option or choice for her. She adapted to the comic style quickly because stage presence was never an issue to her. Moreover, she comes from a big family so she had to learn to be heard over so many people.

Here is a video of Correy Bell making her audience laugh without a pause! Correy Bell does not want to split her sand-which with her kid. Get your own French dip. She was at Chicago Laugh Factory whipping up the laughs!

Correy Bell is an up-and-coming comedian who enjoys life to the fullest and encourages everyone to do the same. If that’s not all, her comedy style and jokes are enough to make people laugh and forget about their worries. That’s what Correy aims for, and we hope she keeps doing it for a long time!

Other Up-and-Coming Comedians You May Want to Read About:

Who Is the Comedian Anica Cihla?

Get to Know Kelsie Huff