Ahmed Ahmed is an Egyptian American comedian and actor who is widely known for his unique comedy style and appearance on some popular TV series and comedy tours. However, fans of comedy still seem to be unaware of much of what Ahmed has achieved throughout his life and career as a standup comedian and actor.

This article will take you over 7 must-know facts about Ahmed Ahmed that you will never have heard before. So tighten your seat belts, grab your popcorn, and let’s dive in:

Here Are Some Must-Know Facts about Ahmed Ahmed 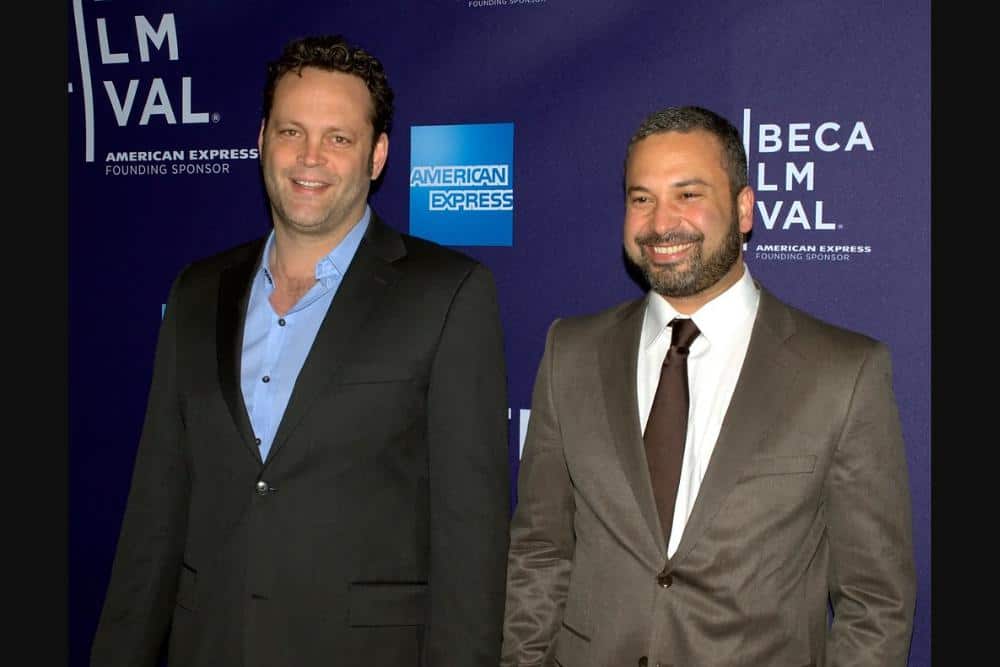 1. The Comedian was Born in Egypt

The comedian was born in Helwan, Egypt 1970. When Ahmed was just a month old, his entire family moved to America in the hope of building a better life for themselves. Ahmed was raised in Riverside, California, where he lived until he was 19 years old.

2. Ahmed Studied Under the Mentorship of Several Acting Coaches

When Ahmed turned 19, inspired by several American entertainers, he left his hometown and moved to Hollywood, Los Angeles in order to give standup comedy and acting a chance. The comedy star attended The American Academy of Dramatic Arts for a year in an effort to get on the right track towards achieving his goal of becoming an actor. He also studied under the mentorship of numerous acting coaches which include Ivan Chubbuck, Cliff Osmond, and Sandy Marshall.

3. Ahmed Has a Unique Comedy Style

Ahmed’s comedy style is quite distinctive, owing to his Egyptian background. His scripts are usually centered around racism, islamophobia, Egyptian and Arabic culture, and on being Middle-Eastern Muslims in America.

Ahmed’s unique comedy style, coupled with his skillful execution of it played a key role in dousing the surge in resentment and hatred against American Muslims after the unfortunate event on 9/11.

4. Ahmed Has Starred in Various Films – Many of Which You Won’t Even Have Heard Of

Among the comedians most prominent career highlights are the numerous movies he has appeared in. The comedy star’s movie appearances began in 1995 when he landed a minor role of a cameraman in the movie Virtuosity. Soon after, he scored a bigger project when, in 1996, he was cast to play a terrorist in the suspense thriller film called Executive decision alongside some well-known actors such as Steven Segal and Kurt Russel.

And since then, Ahmed has been juggling between small and major roles in a handful of Hollywood hits, including the 2008 flick Legend of Awesomest Maximus, where he played a clever Slave Trader. He was also featured as Ahmed in the first Iron Man movie in 2008. Some of his other appearances were in Steel Sharks (1996), Swingers (1996), Looking for Comedy in the Muslim World (2005), Knight Fever (2008), The Onion Movie (2008), and You Don’t Mess with the Zohan (2008). 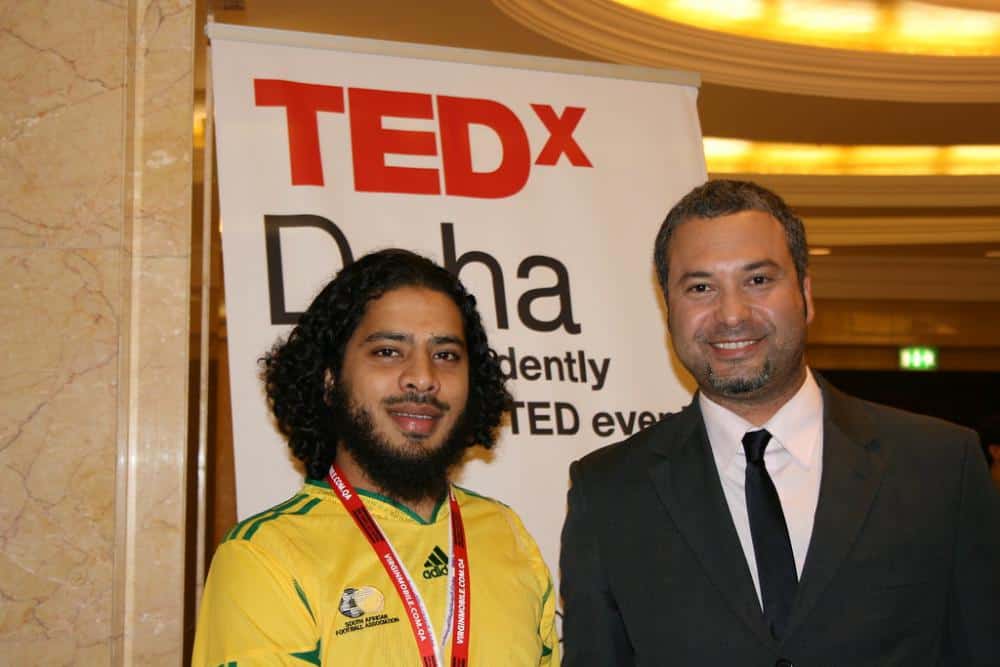 5. The Comedian has Appeared in Various TV Series

Other than doing movies, the comedian has also acted in a number of renowned TV series such as The View in 2001 and Tough Crowd with Colin Quinn in 2003. The comedian also had a guest appearance on a 2003 American TV series called Punk’d and a 2006 series known as Last Call with Carson Daly. The standup comedian was also featured at a 2004 live comedy show that goes by the name National Lampoon Live. In 2010, he also performed at the show Hey Hey it’s Saturday.

6. Ahmed’s Documentary Earned him a Dinner at the White House

Ahmed made his debut as a director in 2011 when he directed his mind-blowing documentary called Just Like Us, which is, perhaps, also his career’s biggest achievement. His revolutionary documentary was premiered at the Tribeca Film Festival. The support and love the film amassed led it to be nominated for 30 international film festivals, receiving multiple awards for “Best Documentary” and “Best Director.”

The documentary, which is a commemoration of comedy and culture, follows the voyage of Ahmed and ten other fellow American comedians as they perform in front of more than 20,000 Muslims and Arabs in countries like Egypt, Dubai, Saudi Arabia, and Lebanon.

Hilary Clinton and Barrack Obama commended this magnificent documentary for being a project that was missioned to undo the cultural restraints and promote cross-cultural integration. Just Like Us Signified Ahmed’s talent and efforts on the political stage, and he was invited to have dinner with President Obama at the White House. He was also asked to be a guest at The State Department, where he dined with Hilary Clinton.

7. Ahmed has Been a Part of Several Comedy Tours

Ahmed was handpicked by Vince Vaughn – a renowned comedian and actor – to partake in his comedy tour, the Wild West Comedy Show, where the comedian performed alongside numerous other emerging comedians such as John Caparulo, Peter Billingsley, Jon Favreau, Bret Ernst, Sebastian Maniscalco, Justin Long, and of course, Vince Vaughn.

In December 2001, Ahmed was featured on The Wall Street Journal’s front page and in Newsweek. The talented comedian is also the first winner of the annual Richard Pryor Award for ethnic comedy at the Edinburgh Festival in Scotland in 2004.

In 2005, Ahmed helped cofound and performed in The Axis of Evil Comedy Tour with other fellow comedians. The group toured through several middle-eastern nations with their content focusing on being Middle-Eastern in the US and on terrorist groups. In 2007, the tour was made available on DVD as well. 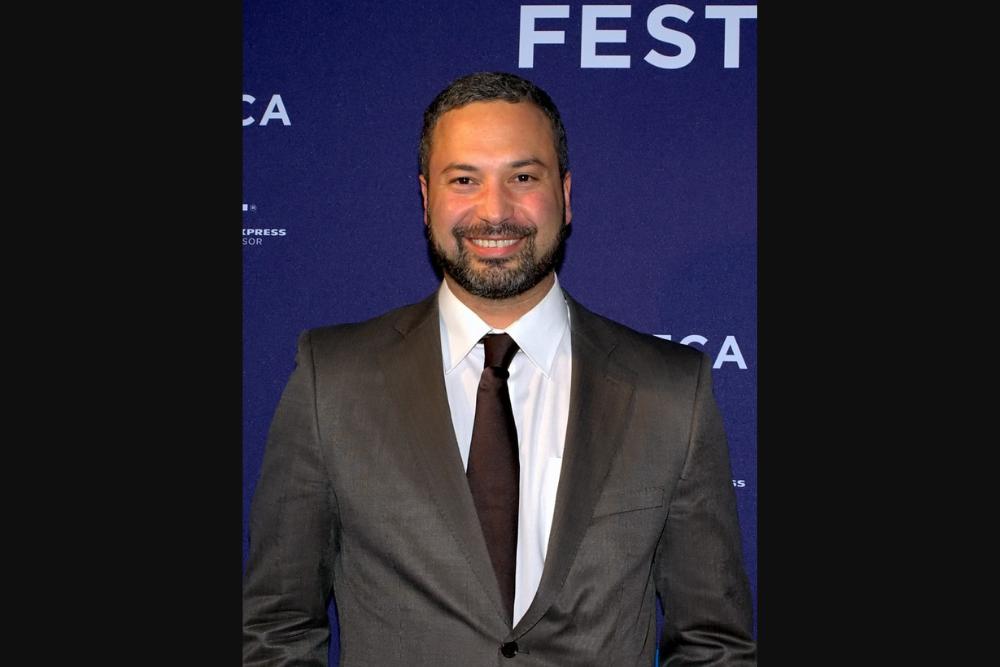 Was Ahmed Ahmed in Ironman?

Yes, the comedian/actor played the role of Ahmed in the first Ironman movie.

When was Ahmed Ahmed Born?

Was Ahmed Ahmed Ever Arrested?

An attendee of Ahmed’s standup show at Off The Hook Comedy Club in North called 911 the next day of the show. The person complained that Ahmed was questioning the audience on how many Middle-Eastern’s were part of the audience. However, Ahmed was not arrested.

The two comedians have known and worked with each other for over 15 years and so it is safe to assume that both are indeed friends.

Comedian Ahmed Ahmed talks about his comedy. Ahmed is featured in STAND UP: Muslim American Comics Come of Age, airing as part of the America at a Crossroads PBS series.

Ahmed Ahmed is one of the most remarkable comedians that the world has ever witnessed. From his unique comedy style to his contribution towards ending racial discrimination make him a commendable individual altogether. If you haven’t heard of his stuff before, do check it out, you’ll surely love it.

Who Is Adam Gropman?

“Vince Vaughn Ahmed Ahmed Shankbone 2010 NYC” by david_shankbone is licensed under CC BY 2.0

“Halal Bilal & Ahmed Ahmed” by Halal Bilal is licensed under CC BY 2.0

“Ahmed Ahmed Shankbone 2010 NYC” by david_shankbone is licensed under CC BY 2.0