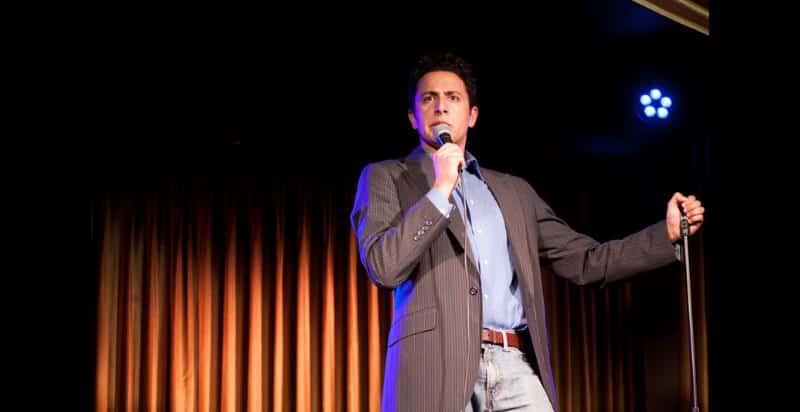 Fahim Anwar is a celebrity comedian, actor, and writer who was born in Washington, United States. His parents are from Afghanistan, so he upholds the values of his middle-eastern background and includes cultural anecdotes in his comedic pieces to make his audience laugh. He is an LA-based standup comedian who started his mainstream career with a one-hour special, There’s No Business Like Show Business.

With this comedy special on Comedy Central, Fahim kick-started his career in standup comedy and got noticed by the New York Times too! They called him the “Most Promising Future Star.” If you are a fan of comedy and all things related to humor, read on to know some unknown facts about Fahim Anwar and his career.

1. Fahim Anwar Used to Be an Aerospace Engineer at Boeing

He was enrolled in the University of Washington as a bachelor’s student and later earned a degree in Mechanical Engineering. He even went on to work at Boeing as an Aerospace engineer, but that wasn’t his calling! Fahim later realized that he belonged to the comedy stage, so he left everything behind, including his Boeing job, and entered the world of humor. As far as we know, the guy has no regrets about this decision and has no plans to look back either!

2. His Parents Were Not Happy with his Decision

Like any parent who would want the best for their kid, Fahim’s parents also think that he couldn’t do better than a career in aerospace engineering. So, when he decided to leave his job and take the stage for his love of comedy, his Afghan parents were not happy. They still plead with him every day, asking if comedy is worth throwing his life away. And like any person who has found their passion in life, Fahim replies, ‘Yes!’

3. His First YouTube Video Has More Than a Million Views!

He posted his first YouTube video in 2007, long before starting his career in comedy. This shows how much potential Fahim has had for humor since he was young. The video is about his take on Afghan weddings and how to attend one like a pro. He lists all the essentials that a man needs to attend an Afghan wedding. It’s a timeless piece, and even more than a decade later, the video remains hilarious!

4. He Explored His Love for Comedy with His YouTube Channel

Fahim joined YouTube in 2006, and for years he posted videos of his original comedy skits before realizing that he wanted to pursue his passion for standup comedy. His YouTube channel has years-old videos that are hilarious, outstanding, and original that only his true fans enjoy. Their love and support must have inspired Fahim to become an up-and-coming comedian who starred in commercials, performed in clubs, and acted in and wrote TV movies, shows, and specials!

5. He Has Worked with Tina Fey in Whiskey Tango Foxtrot

Whiskey Tango Foxtrot is one of Tina Fey’s movies released in 2016, and Fahim Anwar plays a role in it. He is Jaweed, a guy with headphones around his neck. Even though the character does not appear much on the screen, for Fahim, it was one of his notable movie performances. He has also appeared in Neighbors and TV shows such as Manners Men, The Carmichael Show, and Wizard School Dropout.

6. He Likes Dancing as Much as He Likes Comedy

Fahim uses Instagram for more than promoting his tours around the United States. He shares his love for dancing and posts videos every so often showing off how well he can follow the beat of the music. Although one would expect a funny man like him to also dance hilariously, surprisingly enough, he’s really good at it! In some of his dance videos, he even demonstrates his sense of humor. In this video, he shows a 15-second dance tutorial that illustrates pretty accurately what a high-end dance tutorial looks like. 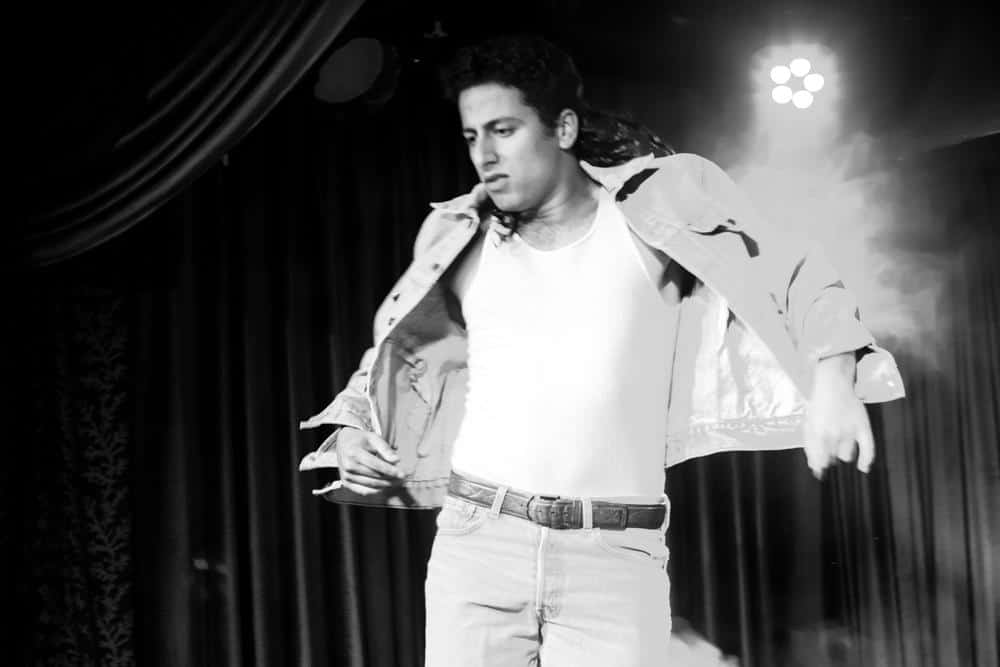 7. He Was One of the Head Writers for Comedy Central’s Goatface

Named after the comedy group, the sketch show special by Comedy Central was one of the finest works of Fahim. Along with his GOATFACE group mates, Hasan Minhaj, Aristotle Athira, and Asif Ali, he demonstrated their talents for writing and performing comedy in the sketch show. With the success of the special, Fahim became one of the 2019 Comics to Watch by Variety Magazine. He was also invited to the Joe Rogan Experience Podcast as a guest.

8. He Uses All Social Media Platforms for His Comedy Work

Fahim’s humor is not limited to standup, movies, or TV shows—he takes all stages into account when performing his skits. He posts occasional Instagram videos sharing his take on the latest news or whatever he thinks requires a funny interpretation. If you miss out on the chance to watch his standup comedy shows, you can simply visit his Instagram profile and enjoy the hilarious performances whenever you want.

9. He Was Deeply Saddened by the Passing of The Comedy Store‘s Jeff Scott

For standup comedians, everything from the mic they hold to the props they may need during the performance is important. Even the people behind or near the stage cheering them on, adding more value to their performances means a great deal. That’s how important Jeff Scott held as the piano player and comedian at The Comedy Store.

He spent 25 years with the house and was loved by many, including the comedian Fahim Anwar. Fahim dedicated an Instagram post to Jeff Scott, sharing how much value his music added to Fahim’s stage performances.

10. He Wore a CGI Shirt for Comedy Central’s There’s No Business Like Show Business

The 2017’s one-hour show was Fahim’s first special show, and to make it more unique and memorable, he went against the standard costume regulations. Instead of spending hours trying out different outfits for his stage performance, he hired a CGI artist to create an animated shirt for him! The idea worked out fine because he did not have to worry about the audience focusing on his clothes instead of his craft.

Would you like to check out the standup comedy of Fahim Anwar and other middle eastern comics? This Try Not to Laugh episode features some Middle Eastern comics who have played the Laugh Factory stage: Ariana Basseri, Ahmed Bharoocha, Dan Ahdoot, Max Amini, Maz Jobrani, Kumail Nanjiani, Fahim Anwar, and K-Von.

It’s more about the craft than glamor and looks for comedians. When a person hones their natural talent for humor and refine it for the world to appreciate, that’s when a comedian becomes famous.

From his first YouTube video to the latest comedic writing work, Fahim Anwar has evolved into a comedian loved by many. Even though his parents have been against it, we are glad that he chose to perform on the stage and entertain us with his quirky writing and acting instead of working in an office!

Kelsie Huff: The Up-and-Coming Comedian You Should Know

All You Need to Know about the Comedian Ahmed Ahmed!

“Fahim Anwar” by CleftClips is licensed under CC BY 2.0