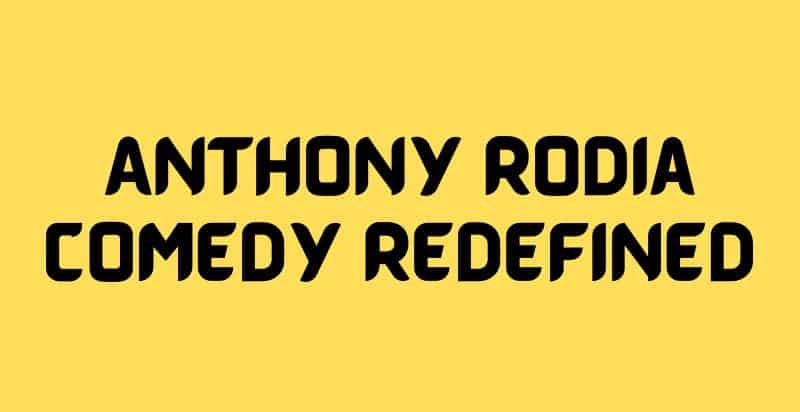 Anthony Rodia is a first-generation Italian-American comedian, podcast host, actor, and winemaker who was born and raised in Westchester, New York. Being relatively new in the industry, the man has still managed to rack up some major achievements in his career, such as being named the “King of Off Boat Comedy.”

The comedian’s burning passion, talent, and skill for comedy has allowed him to garner a massive fan following in a relatively short period of time. Join us as we shed light on Anthony Rodia’s most noteworthy achievements and career facts.

1. Anthony Has Tried Comedy Before

Anthony Rodia is one of the most anticipated comedians in the comedy industry today. However, you’ll be surprised to learn that this is Anthony’s second attempt at comedy and obviously, the more successful one too.

When he was in his mid-20s, Anthony tried out a few open mics, however, due to lack of traction and a favorable response from the audience, he steered his career in another direction and ultimately became a finance manager for a luxury car dealership. He returned to comedy in 2019 when he resigned from his day job in order to pursue a career as a fulltime standup comedian. And the rest is history!

Past experiences of most comedy veterans and current high-ballers in the industry tells us that it takes years for a person to make any noticeable headway in their comedy career. But Anthony has decided to defy the norms and has taken the comedy world by storm with his eccentric and applaudable comedy sense and style.

Having entered the comedy industry in 2019, the man has, in just three years, managed to amass a social media fan base, collective of all his social media profiles, of over 900,000 with over 170,000 followers on Instagram and more than 700,000 on Facebook alone. But don’t be shocked just yet, the comedy prodigy has collected a total of more than 22 million views through his YouTube videos. Now you can be shocked.

3. Rodia Is a Hustler Through and Through

Taking the comedy industry by storm and building such a massive fan base in such a short amount of time is by no means a walk in the park. It is certainly not a feat that any normal comedian would be able to achieve.

What does this mean? Well, this means that Anthony Rodia is not your run-of-the-mill comedian and his hard work goes to show for it. The man, in just nine months, performed a hundred shows and considering just how new he is to the industry, you can begin to understand just how commendable this feat is.

Still not convinced? During the raging COVID-19 pandemic and with the onset of quarantine, Rodia used to put out a staggering 86 videos each week! Yes, you read that right, 86 videos each week! In view of this, calling Anthony Rodia a hustler seems like an understatement.

Road Rage Wednesday is a YouTube comedy series created by none other than Anthony Rodia. The series consists of short videos, all below 2-minutes in which Anthony portrays the characters of Uncle Vinny and Zia Lucia. The two characters are whiny and fussy adults who complain, criticize, and comment over daily life issues, news, headlines, and basically anything they see around them.

Anthony uses a filter to distort his face and make it appear more comical and amusing for the viewers and its safe to say that it does. The disproportionate face and overly large eyes bring the hysterical commentary and tone alive which is perhaps why the series of short video clips has become an immense hit among his fans.

5. Rodia Is the Host of a Weekly Podcast Series

In each episode of the podcast series, the two hosts indulge themselves into discussing trending subjects, prank calls, rants, as well as questions and anecdotes from their listeners. The show has released 17 episodes in total.

6. Rodia Is into Winemaking Too!

The brand is called Rodia Wines and is available in two flavors, Uncle Vinny’s red and Zia Lucia’s white wine blends. The names and branding of the wines are heavily influenced by Rodia’s popular characters Uncle Vinny and Zia Lucia. In fact, the labels on the glass bottles boast a picture of the character each respective flavor is named after.

7. Anthony Has Been Featured on Elvis Duran and the Morning Show

Elvis Duran and the Morning Show is a nationally syndicated radio show presented by Elvis Duran that airs weekday mornings in the United States. The show is produced in the Newark-licensed WHTZ studios in New York City. Rodia was featured on the show on September 9, 2021 where the comedian shared hilarious stories and events with the viewers and the hosts of the show.

8. The Classic Comedian Was Invited on The Adam Corolla Show

The Adam Corolla Show is a popular podcast series hosted by Adam Corolla. For each episode, the host shares his views on relationships, current events, specialty pizzas, airport security, politics, and a variety of other topics he can complain about. A new episode premiers five days a week and the host invites a wide array of guests for deep and entertaining conversations and interviews.

Anthony was invited on the show on February 1, 2022 where he and the host talked about various matters such as Anthony leaving a lucrative job in favor of comedy, everyone becoming an expert on coronavirus, lack of support from parents and teachers, and more.

“Telling It Like It Is” Anthony Rodia Live at Yorktown Stage

Watch how Anthony lays some hard yet comical truth and facts on the audience!

The fact that that Anthony has managed to captivate an enormous fan base in only three years seems unreal. This compels us to believe that the man is headed for some very big things in the future and it will be no less than a pleasure to watch him achieve all that he has planned. That said, we insist that you check out Rodia’s work, especially his immensely popular and hilarious Uncle Vinny and Zia Lucia videos. He’s sure to tickle your funny bone!

Armando Torres – Learn about This Super-Sweet Comedian from Funhaus