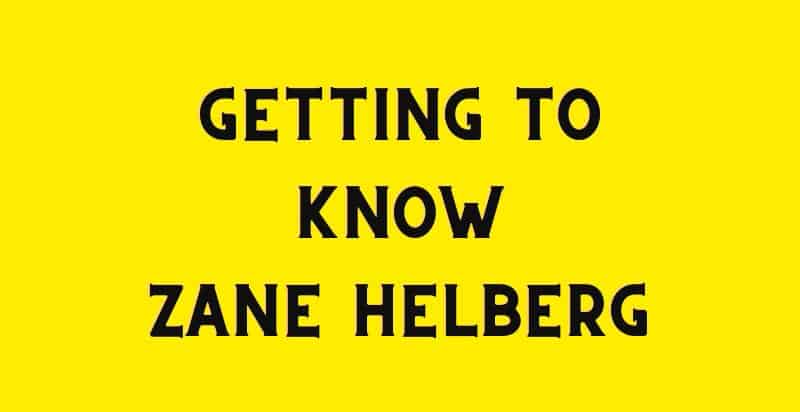 Zane Helberg is an up-and-coming comedian who knows how to entertain his audience and bring out the laughter his humor deserves. His comedy style is conversational, so people do not find it difficult to relate to his jokes. However, he is more than a guy who can make people laugh!

Helberg can come up with structured jokes that fit his audience and has the confidence to handle the crowd any way he pleases. As a result, we all get to enjoy some uniquely humorous Zane originals! Let’s take a look at his life as a comedian and see how much potential he has for a successful comedy career.

1. Becoming a Stand-Up Comedian Was on His Bucket List!

Most comedians are interested in open mic performances because of their love for comedy and crowd-pleasing performances. However, comedian Zane Helberg did not have the passion for stage performances! He loved being the funny guy, performing in theatre and all, but he was scared of performing live.

He has been interested in theatre from a young age, but his fear of stand-up comedy was more prevalent than his confidence in his skills. So, he put it off for as long as he could until he got on the stage and performed his set one day.

The world of open mic and stand-up comedy welcomes Zane Helberg with open arms, and he hasn’t looked back ever since!

Zane Helberg was always interested in theatre work and live performances, but his fear of the stage kept him from taking any chances until 2008. That’s when he took a class and a workshop that prepared him for open mics.

He did a recital at The Improv and gained enough courage to face the crowd. He started performing his stand-up comedy for people interested in getting themselves embarrassed in front of strangers! Which, by the way, is one of the strongest suits of Zane Helberg.

He realized that his fear of stand-up stopped him from experiencing the world as a performer. As he kept doing one set after another and attending one open mic after another, Helberg became confident that this lifestyle was not terrifying!

3. His Comedy Style Is Edgy, Conversational, and No Holds Barred

Most comedians have this style of comedy, but Zane Helberg’s stand-up is different because of his interactions with his audience. He mixes up his conversational tone with anecdotes and jokes that surprise the crowd and lure them into laughing their heads off!

He is loved by people who appreciate crowd exchanges from standup comedians. Helberg can be witty at times and forget all restrictions when it comes to making people laugh. We are glad that he got over his fear of stand-up and took the stage to fill our hearts with laughter.

4. His “Live from Rehab” Album Is Among the Best Comedy Works for Addicts

Zane Helberg released his debut album in 2018 titled “Live from Rehab.” As the name suggests, the album was meant for people in rehab trying to give up their addictions. Helberg uses his comedic timing to perfection as he opens the set with a pun about drug use, making the crowd roar with laughter.

Rehab and addiction are the subjects close to Helberg as he used to be an alcoholic and drug addict. After years in rehab, he cleaned up his act and realized his love for open mics was more important than any addiction.

His album for addicts is more or less his story before, during, and after addiction—something he relates to personally that the crowd appreciates.

5. His Album “Live from Rehab” Is the First-Ever Stand-Up Recorded in a State-Run Facility

“Live from Rehab” is special in many ways. It’s the debut album of up-and-coming comedian Zane Helberg, and it is the first-ever stand-up recorded in a drug treatment facility managed by the state. Helberg’s dedication to people fighting their addiction shows in his work.

Since he has been through the same thing, he can relate to these people and their thoughts. Still, the best part about this album is it does not get sad or offensive. Helberg’s style of comedy keeps the set humorous and pleasant for everyone!

6. He Took a Hiatus to Sober Up

Although Zane Helberg started performing stand-up around 2008, he didn’t passionately pursue this career because of his substance abuse. He was an addict himself for many years until he got sober and started taking his act seriously.

Even though he suffered for years with withdrawal and detox, the time came as a blessing for his stand-up career. He performed for a few years and got some gigs but could not find his place in the industry until he started performing for people in recovery.

7. He Performs for People in Recovery with Unmatched Passion

The first-ever stand-up act that Helberg performed was in Los Angeles. After which, he got a call from an Encino hospital where they asked him to come and perform for people in drug detox.

Helberg went with his friends and did a show for some people who were off drugs. Even though the people were in a depressive state, the show was good enough to make them laugh a little.

That’s when Helberg knew where he stood in the comedy scene! He had to keep going, so he toured to perform in various hospitals and rehab centers around California. His tour was successful enough to make him quit his day job, record an album, and embark on a nationwide tour!

Recovering addicts are fighting a battle every day with themselves and the world around them. They have withdrawal symptoms to deal with, depression that just wouldn’t go away, and the disgusted stares of people who judge them for their choices.

They need someone to treat them like “normal people” and make fun of them as they would anyone else. That’s what Zane Helberg brings to the table for these folks! He acknowledges their existence and talks about them in an ordinary way.

He puts them on a level playing field as he finds the humor in their situation and uses it to make them laugh. It gives recovering addicts hope to live a normal life soon. Even though his medium is humor, Zane Helberg is doing humanitarian work!

9. He Has Material Other Than Addiction for Comedy Sketches

Zane Helberg is famous for his album, “Live from Rehab,” which garners him the opportunity to travel across the country and organize shows in different rehab centers and hospitals. However, confining his talent to this one category would be wrong.

He is an insanely talented comedian who can please any crowd! If you look at his Instagram account, you can see that he has video posts showing his talent in relationship goals, stories about his divorces, and his motivation to stay off drugs!

When he is not trying to bring a smile to recovering addicts’ faces, he is mainly using his own life’s current situation to come up with comedy material. If you haven’t watched his performance before, you should watch some of his latest videos on Instagram and YouTube.

10. His Album and Podcast Are on Spotify

Certain platforms determine a person’s success and potential as a performer, and Spotify is one of those platforms, along with Apple Music and iTunes. Comedian Zane Helberg has his album, “Live from Rehab,” and his podcast, “I Made It,” on all these platforms!

He links to his album and podcast in his Instagram profile bio, letting his fans find his work on the platform of their choice. We can say that his confidence as a comedian is growing with time, and we get to see a different yet familiar side of him each time he performs.

If he continues like this, we may be able to find another one of his albums soon!

In this episode, the boys bring on a recurring guest, Zane Helberg. They talk about their week, Zane’s crypto hopes, and the greatest Metaverse debate of all time! All of this and more on the latest episode of Cash Daddies!

A comedian who has been through rehab and uses his life as material without any misgivings is genuinely worth admiring.

On top of that, his dedication to making recovering addicts happy during their struggle makes his comedy sketches unique and special. It took him a while to figure out his place in the comedy scene, but once he did, Helberg was unstoppable!

We hope you are inspired by Zane Helberg and his journey from a scared stand-up artist to a confident comedian. If he continues to be an inspiration, we are sure he’d be producing more albums and podcasts in the future!

Dino Archie: The Jokester with a knack for comedy!