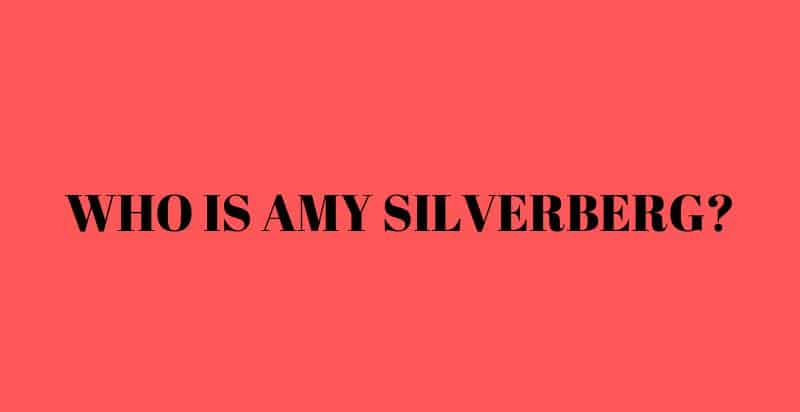 Amy Silverberg is an American comedian born in California and raised in Dallas, Texas. She has risen to fame in a very short time due to her outstanding comedy. With a passion for comedy and writing, she has been able to make her way up as a comedian. She graduated from the University of Southern California and joined the comedy sketch group at her university. That was where she initially developed an interest in comedy. She then began to perform at local clubs, and after that, there was no stopping her.

Amy now does several different comedy shows all across the country. Given her massive fan following with around 20k followers on Instagram, it seems like she’s only going to become more popular with time. Her fans shower her with love on Instagram and appreciate her work too.

To learn more about Amy Silverberg and her career as a comedian, continue reading!

Here Are A Few Interesting Facts about Amy Silverberg

1. Amy Silverberg has done numerous comedy shows all over the country

Ever since she graduated, she has been doing comedy shows all over the country. Initially, she started small by doing comedy shows wherever she got the chance. But with time, people recognized her talent, and she got more chances to showcase it too. Now, she has gained popularity as a very famous comedian and travels all over the country to do comedies.

To perform in a comedy show is one thing, but to co-host one is a whole different ball game. Amy Silverberg co-hosts three monthly shows by the name of “What Now?” at The Hollywood Improv Lab, “Bitchface Comedy” in Pasadena, and “Wolf Den” in Silverlake. These shows feature several comedians, and a lot of people attend these shows.

Fans can buy tickets to this recording online. Comments on her Instagram post about this recording show that many people will be attending, and they are eagerly looking forward to it.

Amy Silverberg is an avid Instagram user. She keeps her followers updated about her life as a comedian on Instagram. She announces her comedy shows and competitions on Instagram so that her followers know what she is doing and where she is headed with her career.

5. Amy Silverberg partners with other comedians for shows

Amy Silverberg is great at doing comedy shows, which is evident in the growing number of followers she has. The number of people attending her shows is always massive, showing how much people love her and her work.

She also partners up with other comedians. An interesting lineup of comedians for a show is always a great idea to ensure maximum attendees. She announces who she’ll be performing with on her Instagram to keep fans updated.

6. Amy Silverberg has featured on several streaming platforms and channels

Amy’s success as a comedian can be seen in her growing popularity as a stand-up comedian. She has been featured on Comedy Central, Hulu, NPR, and Amazon Prime for her comedy shows. At the Just For Laughs Comedy Festival in Montreal, she was selected as the new face.

Her love for comedy knows no bounds, and she has really hit the nail on the head when it comes to stand-up comedy. Her fans frequently request her to do more shows because they love her work.

For all of those who wish to learn comedy from her, Amy offers training sessions. Students willing to learn can sign up for her classes. She also has special student offers to entice more people to register. Since comedy as a field is growing rapidly, more and more people want to learn. In her training sessions, she teaches her style of comedy to her students.

8. Amy Silverberg loves to dress up in a funny way for her shows

Amy has talked about her dressing on stage in her stand-up comedy shows. She has talked about how she always likes to appear ‘insane’ on stage to make people laugh. After all, it’s not all about what she’s saying but about the entire act that she puts up on stage. She usually wears act-appropriate clothes that suit her performance and believes that this is one of the most important parts of doing comedy.

Amy Silverberg is seen to have very crazy expressions on stage that go with the entire act. The idea is to have such expressions that make other people laugh. As mentioned earlier, she believes that comedy isn’t just about what you say on stage but also the entire persona that you carry with you, which includes what you wear and the expressions that you have.

On Instagram, she often posts pictures of herself with crazy expressions when on stage. The comments on those show how much her fans appreciate her for putting up an entire act with such expressions for them.

12. Amy Silverberg Is Writing a Novel

Amy Silverberg is also a creative writer. Writing is her passion, and she has also talked about this on her social media accounts. She is currently working on her debut novel by the name of “First Time, Long Time.” She is very excited about it and talks about her novel on Instagram as well. The novel will be published in 2024 by Grand Central Publishing.

Amy Silverberg is a very talented comedian who is gaining popularity with time. She graduated from the University of Southern California and has been pursuing a career in comedy from then on. She does several comedy shows all across the country. Not just that, but she also judges comedy shows.

Amy is very active on her social media accounts like Instagram and Twitter, where she keeps her fans updated about what she’s doing. To do justice to her acts, she focuses a lot on what she’s wearing and her expressions. Fans have been appreciating all the hard work that she puts into her work. She also trains students who want to learn comedy from her.

On April 28th, she is going to be recording her first-ever special album. She has made the announcement on Instagram and Twitter. Tickets are available online, and fans seem to be very excited about this. She has several comedy publications and is also writing a novel that will be published in the year 2024.

Besides this, she co-hosts three monthly shows by the name of “What Now?” at The Hollywood Improv Lab, “Bitchface Comedy” in Pasadena, and “Wolf Den” in Silverlake. Apart from that, she also trains students who want to learn more about comedy. Given her passion for the field, it would be interesting to see how she continues to excel in her journey as a comedian.