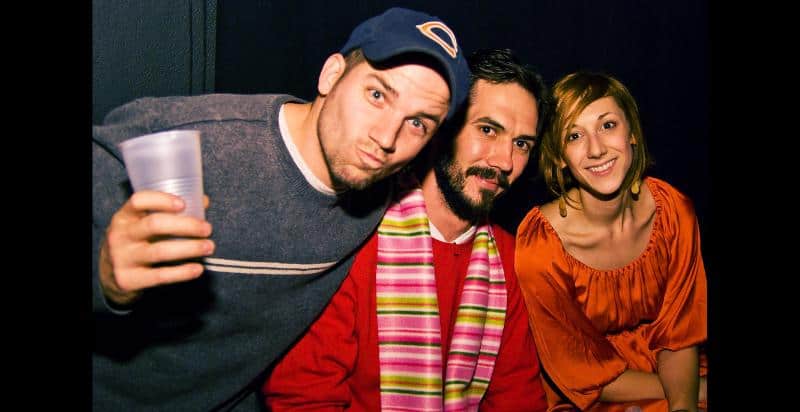 Lloyd Ahlquist is an actor, comedian, singer, rapper, and famous internet personality. He gained popularity through a series of videos on YouTube called Epic Rap Battles of History. Ahlquist is famously known as EpicLLOYD, an alias he uses on YouTube and also his website.

Famous for Epic Rap Battles of History, Lloyd Ahlquist has a range of talents that are not limited to him being on stage. He is an improv master with 12 years of experience and professional training that few comedians have. Let’s explore his life in the comedy industry and see how he became a comedian without a script!

Most comedians have a story behind their success, and so does Lloyd Ahlquist. It starts with a few bottles of Corona and an intense conversation. While he was at UMASS, Lloyd grew interested in a career as an improviser. He had a college comedy group with his close friends. The group was called Mission IMPROVable.

One night, Lloyd and his five improv buddies had one too many drinks and they all had a heart-to-heart. In no time at all, they were all packed and ready to change their lives! The six people stuffed their lives in a giant van and said goodbye to their university. When the van stopped, they were in Chicago.

2. He Is a Trained Improv Star

When the six people, including Lloyd Ahlquist, left UMASS, they were in search of lessons and classes to learn improv. In Chicago, Lloyd was able to get trained by some of the most well-known institutions in the circle; iO, The Annoyance Theater, and The Second City. The group Mission IMPROVable trained for years and performed in thousands of shows to achieve their dream.

All that training and hard work paid off when he traveled the country with his group and performed in various prestigious improv theaters and festivals. Mission IMPROVable is a famous comedy group with its own production company. Still, the group performs on a weekly show called “The Grind.”

3. He Is an Important Member of M.i’s Westside Comedy Theater

While comedians love to be on stage, Lloyd Ahlquist also has a business mind. Along with his group, Mission IMPROVable, he took his comedy career to a new height. Now, the comedy troupe has its own production company called M.i. Productions.

Lloyd was the Artistic Director and General Manager of the Westside Comedy Theater (WCT), owned by the production, but now, he serves on the Board of Directors of M.i. Productions. WCT is one of the famous comedy communities where Lloyd remains as a board member, performer, and teacher.

4. His Channel Grew after a Parody Video

Lloyd Ahlquist has been a passionate comedian and artist for a long time. He won an award in 2013 for Best Original Song, and a year later, he posted a live-streamed improvisation video. It was no less than a comedy event, and people loved his style. The live stream was so successful that it became a trailer for one of Lloyd’s digital shows, Epic Studios.

Lloyd released the trailer in 2015 on his channel and the first episode two years later in 2017. As he kept posting his comedy content, Lloyd’s channel grew tremendously. In fact, when he got 200K subscribers in 2012, he created a parody video of the cinnamon challenge as a thank you gesture to his subscribers.

5. He Has Talents Other Than Comedy

Lloyd Ahlquist is an actor who has performed in projects such as Spongebob Square Pants Movie, The League, Key & Peele, and Crossroads of History. While he is a talented actor (given his improv experience), it’s not the reason for Lloyd’s popularity.

His YouTube videos uploaded on EpicLLOYD and ERB channels are the reasons, so many comedy fans are his fans now. Lloyd’s personal channel is EpicLLOYD, which has turned him into a famous YouTube star. If that wasn’t all, his other channel, in collaboration with Peter Shukoff, has gained more popularity than anything else in his career!

ERB has a YouTube series, Epic Rap Battles of History, where Lloyd performs with Peter to entertain their viewers. Despite being a digital series, the ERB series has garnered an Emmy nomination, 12 Certified Gold Records, 4 Webby awards, and many more accolades and praises. His personal channel, EpicLLOYD, has the original music from this comedian/improviser.

6. He Likes All His Works Equally

In an interview with Nerd Reactor, Lloyd was asked about his many talents and which one he likes best. He has been doing comedy for a long time, so one would think he likes improv best, but that’s not the case. Lloyd answered that he likes all his works equally and for different reasons. He likes them all because they help him differently.

When he was doing comedy full-time, his life was full of funny scripts and moments, so he needed something serious (a different outlet). That’s how he started writing rap songs and got into hip hop. He said that improvising in a festival in front of strangers is different from improvising with a close friend. This is the reason he likes everything that he does and enjoys it.

Lloyd firmly believes that every part of his various careers makes him what he is today. He considers himself an entertainer instead of a comic or an emcee, or a rap songwriter.

7. His Advice for Aspiring YouTubers and Entertainers

Lloyd Ahlquist is a famous person today because of his love for what he does. Whether it is comedy, acting, creating YouTube videos, or managing M.i’s WCT—he loves doing it all, and that’s why he succeeds each time.

Lloyd’s advice for others is to do what you love and not manufacture passion. He said that your focus should be the thing you love, something you will be able to do for a long time without getting bored.

His advice is true for aspiring artists all over the world. If you are not playing the long game, you are already losing. If Lloyd and his comedy troupe were able to gain the success they have today, it’s because of their dedication and years of hard work.

If they had given up along the way, we wouldn’t be enjoying Lloyd’s talented work on stage as an improviser and on YouTube as a content creator.

Erik Rivera – The Definition of Comedy

Creators Nice Peter and EpicLLOYD face off in the finale of Season 5 of Epic Rap Battles of History! Who won? You Decide! Want to help ERB?

Julia Hladkowicz – One of the funniest comedians in LA!

Lloyd Ahlquist is a talented performer with a dedication to improv that only true comedy enthusiasts have. He has spent the past decade or so ensuring his college improv troupe takes on every challenge that comes their way.

All his hard work paid off when he became a part of the board of directors of M.i.’s production company. Yet, he does not relax and enjoy his fame—Lloyd is still performing with his group every week!

Jared Goldstein: An LA Comedian with a Witty Humor